Longford Leader columnist: Through a crystal pool to an island of dreams 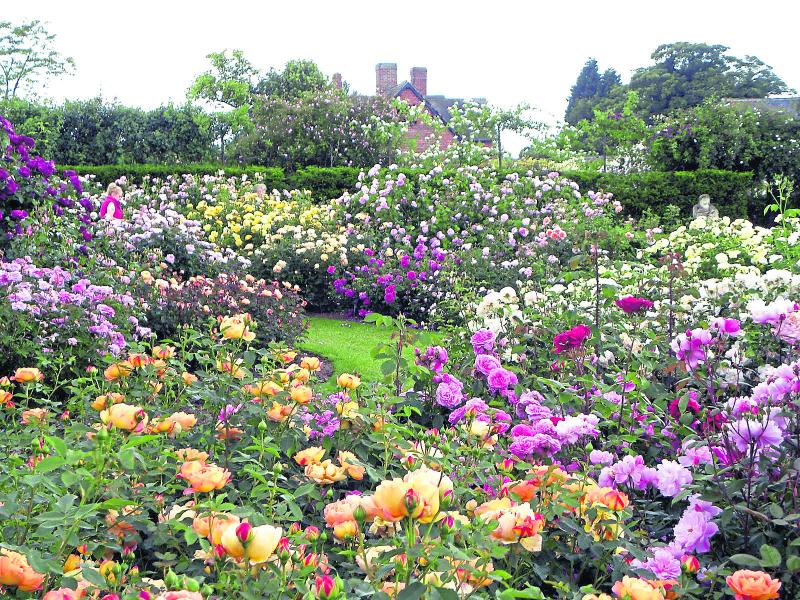 The trees are greening, and shrubs are showing buds all over the place. The Cherry has blossomed, and Rhododendrons are ready to burst.

Daffodils wilted and died awhile ago, making way for roses and tulips to come.

Nature in its wild exuberance is a sight to behold.

The Irish countryside is, like the English countryside, an amazing home for wild flowers, plants, native shrubs, and all species imaginable.

Summer, with its warmer air brings to life many such adornments, and makes all of us wonder what can possibly be wrong with the world, when such beauty surrounds us at every turn.

It's a particularly nice time of year to have new plants growing, seeing them form and flower as though magic hands were touching them softly in the dead of night.

The Clematis is one such, and surrounds an area with abundant fragrant flowers most singular in style and appearance.

Another worth having in the garden is the Philadelphus with its grand white flowers, which gently spring to life with such graceful pomp. Growing up to 1.8 or 2 metres in height with a natural spread, this isn't a plant for just anywhere, but it is really spectacular.

Heathers can accentuate the untidy background to an area that's unruly, by making it interesting and colourful all at once. Perfectly suited to Irish gardens that might be a bit damp in some quarters.

One of the most dreaded plants is the abundant yellow furze, or the whin bush as it's more commonly known. That can overcome and suffocate several places at will, if it's allowed. However, it's a plant I love to see. Although not in meadows or farmland which needs to be treated to keep it out. Yet, in small splashes here and there it's a very colourful plant, and part of our very being, whether we like it or not.

But the Queen of Irish flowers has to be the 'old' rose, with unusual petals, a stunning scent, and I can remember it growing at both my grandparents houses.

The Fox's and the Bracken's.

In each case coming to the houses meant the continual fragrance of the roses which year after year blossomed fruitfully with the allure of magic.

It seems like so long ago, when the roses came into their own, and filled the small households with the unmistakeable scent of summer.

Always seemed to be growing right at the front door, that seemed the most likely, and appropriate place to see roses.

It reminds me of an old Val Doonican song, Mysterious People.

"Children are people who live in a land,
Full of raindrops and puddles and pebbles and streams,
Solemnly watching a twig as it sails,
Through a clear crystal pool to an island of dreams...."