Longford Leader Case Study: 'I have to stand by internet box just to get signal' 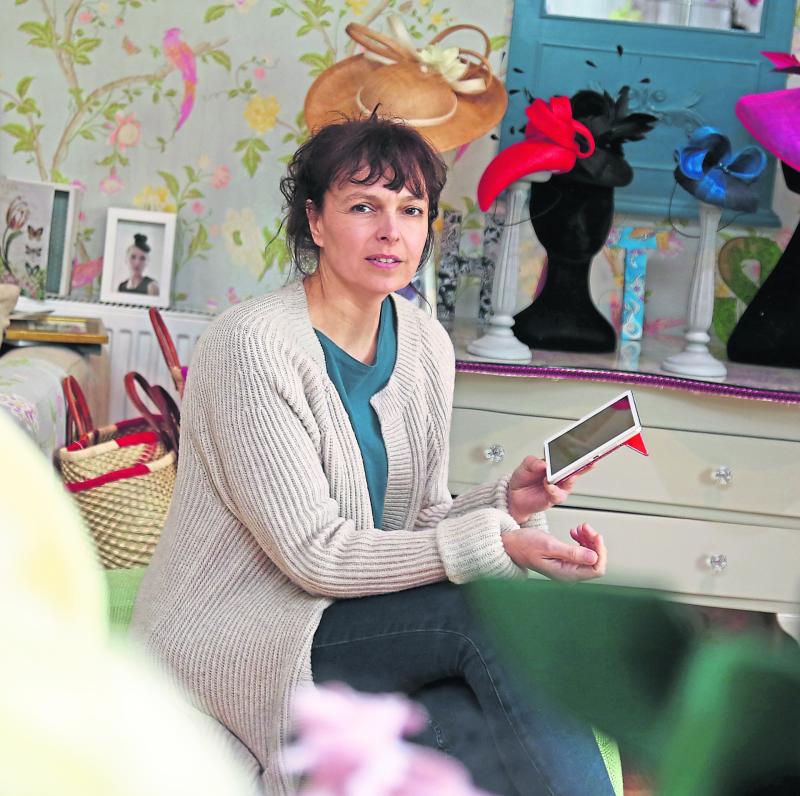 She, like many, business owners who run their operations from home, is only too aware of the sluggishness that comes with Co Longford’s present day broadband woes.

Only last November, a study carried out by price comparison website Switcher found Longford homes, on average, have the slowest connectivity speeds in the country.

A fully fledged entrepreneur since 2004, the English-born mother of five is well revered the country over for her millinery dexterity through her brand-Wendy Louise Designs.

Being able to build up that sense of commercial notoriety over the past decade and half has been far from straightforward, however.

“Everything is so much more digitally-minded these days,” she readily admits.

“I have a website and online shop and it’s part of the way things are now that you are constantly required to upload images, and with Facebook and Instigram, that’s where things have gone.”

As Wendy works from home, many of her clients call to her Cloonteagh home which lies a matter of moments from Newtownforbes village.

But despite that proximity, Wendy is routinely left to grimace in embarrassment at the slow, and sometimes, non existent connectivity levels.

“I have an app on my phone called SumUp and on a bad day it’s impossible to get a reception which means I have to run up to the house and stand by the internet box just to get a connection,” she laments.

Her husband, Séan, is similarly compromised. Like Wendy, he relies heavily on internet accessibility to undertake drawings for his garden design company.

The unpredictable nature of gaining access to the world wide web means a jaunt down to the local coffee shop is almost as common as a trip to the shops or a night in front of the box.

“He does a lot of drawings online and he quite often goes to Esquires to send emails,” Wendy concedes.

“Sometimes it is fine, but sometimes he can’t open things and so he just goes off down to Esquires and has his cup of coffee.”

As farcical as it may seem, Wendy says the daily struggle of fronting a business from the confines of her home is not just confined to occupational demands.

We have five boys in the house and as you can imagine they want to be on things like Netflix and this and that but if I am trying to open an email you often find yourselves shouting from one end of the house to the other to try and find out who is on (the internet),” she contends.

Not surprisingly her faith in the Government’s well documented agreement with Eir to roll out high speed broadband to 300,000 homes within 90 days is circumspect to say the least.

“Séan has had words with a local councillor about Eircom (Eir) moving the line down from the top of the road because it is a split line.

Denis Naughten certainly believes so. Communications Minister, it’s over to you.