All roads lead to Abbeyshrule for 83rd ploughing championships 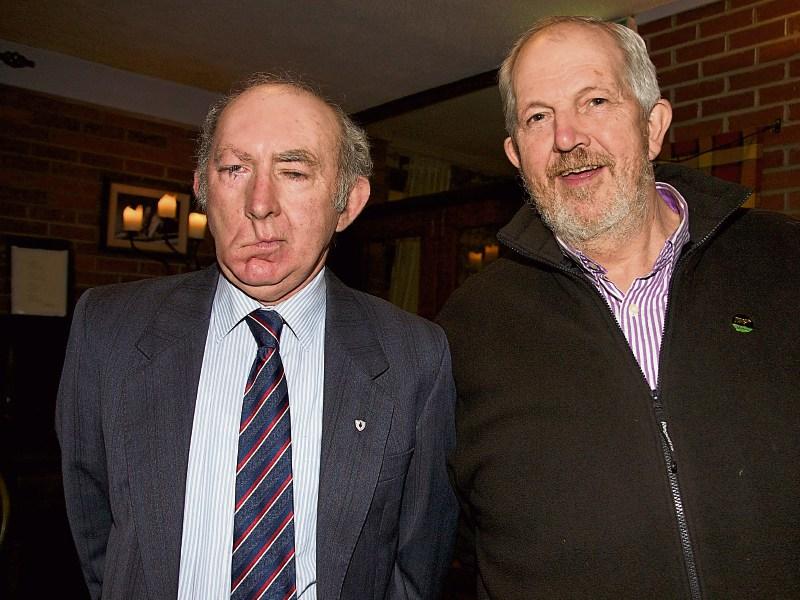 Every year  the best ploughmen in Ireland compete  at the Longford Ploughing match.  David Gill from Co Down,  a World Champion holder; Brian O’Neill of Tyrone; Matthew Simms of Donegal; Matt Duffy and David Boland from the royal Co Meath and many other leading ploughmen will attend.

Local lads  Anthony Reynolds,  Martin Reilly,  Mel McKenna  along with Sean Monaghan,  have  enjoyed great success in other counties so far this year.  Many more from near and far  will be in action looking to secure a place for the National Championships in September.

Horse Ploughing:  Once a familiar sight on the farm,  now you only see horse ploughing at events like this.  A fascinating sight for spectators, Longford ploughing has always focused on encouraging horse ploughing competitions among both competitors and celebrities. This Sunday we can expect to see Eamon and Joseph Egan form Kenagh and  Bernard and Brian Casey from Drumlish master the art with passion.  Gerry Reilly and Joe Fahy form Galway,  Noel Hand from Monaghan and Gerry King from Louth will be there on the day.  The Madden family will present the John Madden Memorial Cup to the winner of the Donkey class. Liam Flynn travels from Sligo to compete every year.

Vintage Ploughing:  Watch dozens of vintage tractors and ploughs in action, all restored to rally condition, and watch them compete to win a place in the National Ploughing Championships in Screggan, Tullamore,  next September.  Longford stalwarts include Paddy Whitney form Mostrim,  John King form Newtownforbes and George Farrah.   Brothers David  and Billy Stewart from Killashee  fight it out in the two furrow class.   Charles Stewart has pursued the trailer plough technique.

Vintage Exhibition:  Over in the exhibition area George Farrah will display vintage tractor with a finger bar mower.  His 70 year old Allis Chalmers tractor  and mower spent all its working life in Ballymahon from 1947 to 1983,  when it retired to Abbeyshrule.

Macra Class:   This is open to all members of Macra na Feirme and provides an opportunity to qualify for the National Ploughing Championships in September.  Stephen Reynolds won the Gold medal in Rathineska  in 2015.  Leanne Shaughnessy came 2nd in the National Macra Ploughing Class in Tullamore in September. The track record of our ploughing tutors in mentoring younger competitors has always been exceptional,  so we expect to see a good entry in the Macra Class.

Loy Digging:    The Casey brothers from Ohill,  Drumlish, Brian and Cian will once again compete in this event. The Connell family - Matt,  Matt Jnr, and Laura  from Balimore, Granard  all enjoy a dig and many of the younger competitors have embraced the toil of our ancestors  in a sporting way, through Loy digging.

Friends of Ferguson:  For the past two years Longford Ploughing  has organised a  Ferguson  Class  to capture the hearts of  vintage enthusiasts with a passion for  Ferguson 20 outfits.  Ferguson  TVO  or  Diesel  tractors  with  Ferguson  ploughs qualify  for this Class.  In 2015,  eight people ploughed, while  last year it attracted seven competitors  one of whom  ‘Charles Williams’  travelled from Wales to pursue his passion.  In recognition of our efforts to support this element of our heritage, Friends of Ferguson club  will display a large selection of original Ferguson ploughs.   The familiar red and grey Ferguson 35, first appeared in 1957- sixty years ago, this year.

Farmerette Class:    This is our 56th year holding a  Farmerette Class.  Thanks to all the ladies who made this event so special, over the years.  Reigning Queen Cynthia Geelan from Newtownforbes  holds the 2013 National Bronze medal and the 2014 National Silver medal.  The winner of the Farmerette Class will receive the Longford Ploughing Association  Tiara and Sash specially handcrafted by Edre Mills.   The King of Country Music ‘Mick  Flavin’ will crown the 56th Queen of the Plough  at our presentation night;  in the Rustic Inn, Abbeyshrule  on  Saturday April, 29 next.  Join us in The Rustic Inn  for a great night’s dancing with Mick Flavin and his band.  Food will be served and tickets are available from committee members.

Think Safety!  Longford Ploughing in association with Maura Canning  from the IFA and    and Vincent Nally, Muintir na Tire will have a stand dedicated to farm safety awareness and safety training.  Longford Civil Defence will also attend the event.  County Longford Scuba Divers are coming too. Call to their stand for a chat and see their boat and equipment.

Exhibitions:   There will be an impressive display of machinery by our local and provincial machinery dealerships. Local businesses will display their wares in Abbeyshrule on Sunday next.  John and Enda Gerety Farm Machinery;  White’s Trailers;  Johnston’s Farm Machinery;  D & E Mc Hugh; Clarkes Farm Machinery; Meath Farm Machinery; Leinster Farm Machinery, WR Shaw  and many other outlets will be present and representatives will be available to discuss their large variety of new and innovative farm machinery. Trade-stand enquiries can be directed to exhibition co-coordinator;  Barry White  of Abbeyshrule  on (087) 9490024.

J Grennan & Sons, the well-known Agri Trading merchants based at Rath, Birr, Co Offaly, will be officially launching their recently upgraded Moyvore branch at the Longford Ploughing.  Grennans will be putting on a massive display of the range of goods and services they have to offer, so their local team plus their entire Technical Support team will be in attendance. Special  offers  available on the day and everybody is welcome.

Pets Corner:  We  have a selection of rare breeds and pets from alpacas to pigs, emus and miniature ponies,  courtesy of Declan Gunning, Jordanstown.  Longford Harriers are coming to our event too  with their horses.

Spectacular SkyDive:   One free for everyone at the Co Longford Ploughing Championships!!  We are delighted to announce that professional parachute masters from  www tandemskydive.ie will be at Longford Ploughing  this year.  Meet them in person on the ground and discover their exciting adrenaline fueled sport, waltzing in the Sky. Every weekend they take families, clubs and groups into the air above Abbeyshrule Aerodrome for an amazing parachute drop.  On Sunday afternoon they will perform a six person choreographed SkyDive routine and paint the skies close to the site,  in spectacular multicoloured format,  complete with smoking boots and stardust trails. Fingers crossed for good weather and don’t forget the fun at the face painting  tent and  at the bouncy castles too! Carrickedmond Ladies and Gents GAA will have novelty games and challenges for the children.