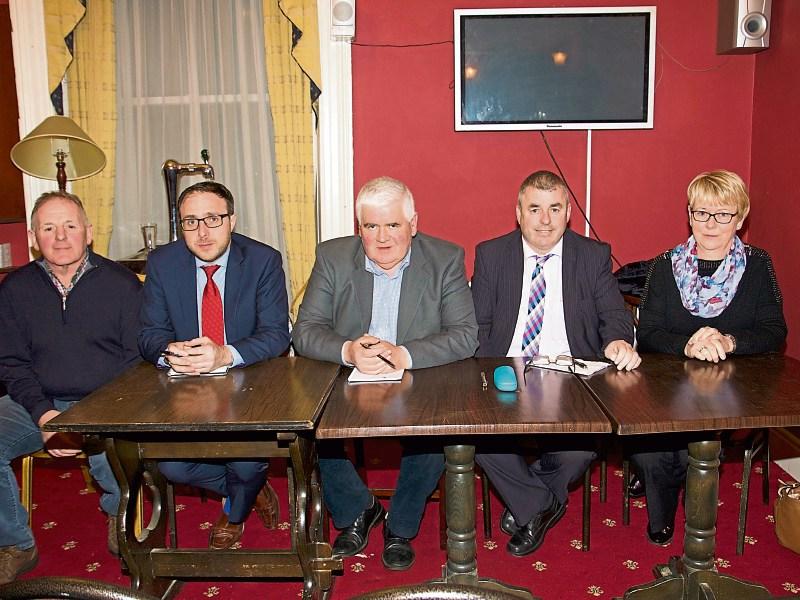 There are fresh calls this week for government officials to scrap recent commercial rate revaluations carried out on hundreds of businesses across Co Longford.

It comes following a fervent, and at times heated public meeting on the issue in Granard last Thursday evening.

The former, who is scheduled to take over from Sean Canney as OPW Minister of State sometime between now and August, revealed new legislation is due to come before the Dáil shortly.

“There will be introductions of different levels depending on the differing functions of a business,” he said.

“The question that people are asking is will this bill be introduced? Yes it will because we know what’s facing the small shop and we know if things keep going the way they are there will be curtains up on every shop.

“In the meetings we have had in the last 24 hours we have made massive progress in getting this in front of the Dáil.

“Having a rates alleviation scheme is good news for local businesses as it will give powers to councillors to lower bills for certain categories of ratepayers,” he said.

The former taximan and Westmeath county councillor stopped short of questions from one anxious sounding ratepayer who asked if businesses could effectively ignore recent revaluations which had been sent to them.

Mr Troy said it was puzzling why reassessments were continuing to be carried out when new legislation was currently being devised.

“I will be pushing for that until such time as the new system is introduced that a pause button is placed on the existing revaluation process because it beggars belief that money has been wasted revaluing all of Longford, all of Westmeath, all of Roscommon and they're now in other counties continuing a revaluation process while at the same time the Department of the Environment is looking at introducing legislation that is not going to take any account on the revaluation process.

“I think that shouldn't happen. Why are we  progressing with the old system when a new system is coming in?

“It doesn’t make any sense good, bad or indifferent.”

Local Cllr Micheál Carrigy said he would be seeking a freezing of the current revaluation process, citing any new laws needed to take account of a business’ profit levels.

Many of those watching on from the floor were keen to vent their angst at the increases some businesses have been hit with.

“We feel in our local towns we are not even getting basic services to the value of the rates we are currently paying,” said Patrick Durkin.

“Our main streets in particular are in rag order, the footpaths are in a very bad state.”

Mr Durkin continued, “The rate increase is massive to most of the businesses and yet the council keeps telling us that it is rate neutral and that they won’t get any more money from it which screams to me that they are just asking the people who are currently paying to compensate for the people who are not paying.”