'Martin was one of the chief architects of the Good Friday Agreement and he worked resolutely in the years that followed it in pursuit of its full implementation'. - An Taoiseach Enda Kenny 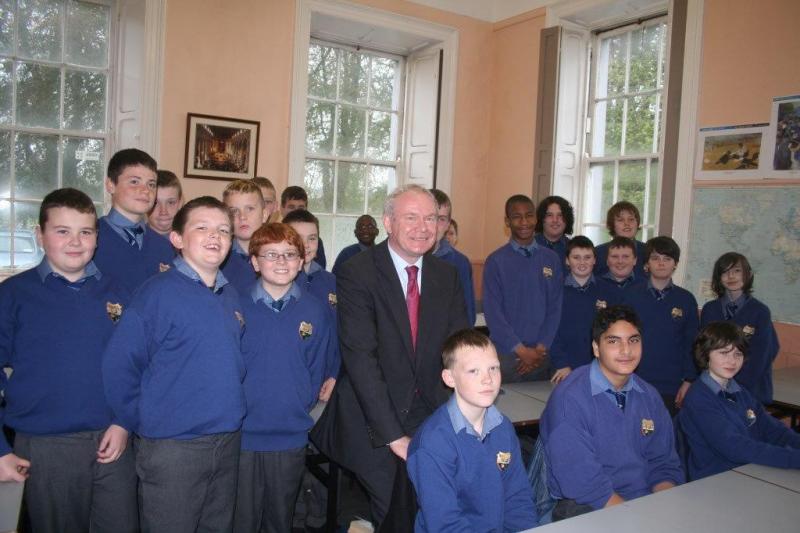 The late Martin McGuinness visited St Mel’s College, Longford on October 10, 2011 during his unsuccessful campaign to become President of Ireland.

Former teacher at St Mel’s College, Tiernan Dolan, recalled how he had invited all Presidential candidates to the school six years ago and revealed that Mr McGuinness was the only candidate to accept the invitation.

Mr Dolan stated, “Hopefully the students will remember the occasion when the former IRA commander turned peacemaker spoke with them.’Most significant Irish politician in decades,’ according to some. I'm in no political party, but his legacy of peacemaker can't be denied. RIP.”

Meanwhile, An Taoiseach Enda Kenny said he was deeply saddened to hear of the death of Martin McGuinness.

Mr Kenny said, “His passing represents a significant loss, not only to politics in Northern Ireland but to the wider political landscape on this island and beyond. Martin will always be remembered for the remarkable political journey that he undertook in his lifetime. Not only did Martin come to believe that peace must prevail, he committed himself to working tirelessly to that end.

“Martin was one of the chief architects of the Good Friday Agreement and he worked resolutely in the years that followed it in pursuit of its full implementation.  I got to know Martin well in recent years, including through our working together in the North South Ministerial Council.  His commitment to securing enduring peace and prosperity for all of the people of Northern Ireland was unwavering throughout this time.  He strove to make Northern Ireland a better place for everyone, regardless of background or tradition.

“Above all, today is an especially sad day for Martin's family - his wife Bernie, and his children - and for the people of Derry, who held a special place in Martin's heart. My deepest sympathies are with all of them at this sad and difficult time.”