Raising awareness in Longford with music and rap 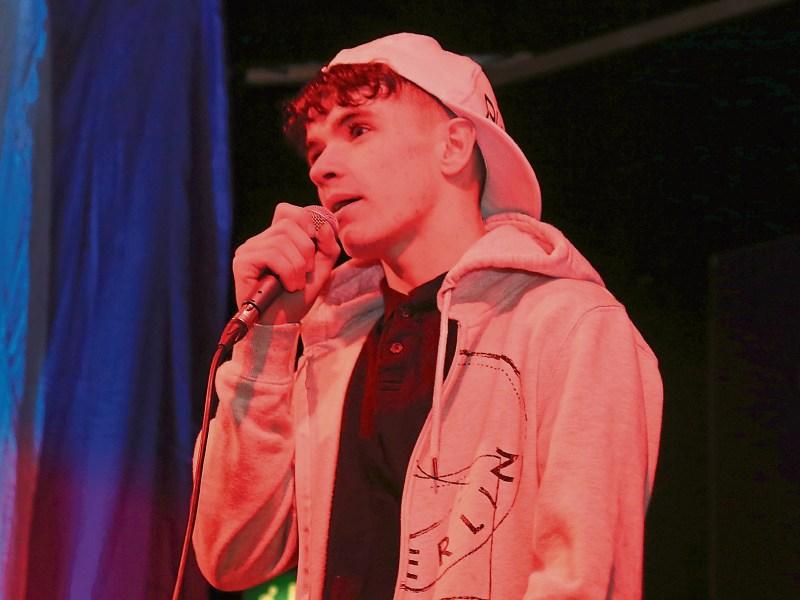 Every dark cloud has a silver lining, according to the lyrics of a song by  16-year-old Longford Youth Factor winner Michael Purcell who, through his music, encourages his fans to keep their heads up and stay strong, no matter what.

Countless studies have shown that adolescence and early adulthood are critical times for personal growth, but also  times where mental health difficulties such as anxiety and depression start to develop.

In 2013, the World Health Organisation predicted that by 2030, depression would be the number one global health problem, with 20 per cent of teenagers suffering from disabling mental health issues.

It’s these issues that Michael - known as MC Purcy on stage - raps about in his music, with many of his lyrics encouraging people to “keep smiling” and “don’t let this town put you down”.

In fact, it was a song that he had written himself 'The XX - Intro' -  that Michael performed in the final of Longford Youth Factor in January.

“The song I wrote for the final was based on helping people that suffer from depression and anxiety, because I know it affects a lot of young people in this era,” Michael said of the song that brought him so much success and admiration from his peers.

“I’ve written three other songs - two based on depression as well and one for two people I know who committed suicide. Nathan was a friend of many and Sophie was my girlfriend,” he said.

Losses like these would be difficult for anyone to handle and finding an outlet to express those feelings of loss can be extremely difficult.

But, for Michael, that outlet is his music and the lyrics within his raps.

“My life has really inspired all of my music. Like, I’ve been through stuff that no normal 16-year-old has been through.

“Winning the Longford Youth Factor was the best feeling I ever had felt in my life. I finally felt like things were looking up for me.”

And things certainly are looking up for Michael  as he prepares for his next venture: “My plans for music now is to keep going ‘til I reach the top. I’m gigging at this year’s HYPE festival as well.”

HYPE Youth Festival is an annual event organised by Foróige, to celebrate the end of the Foróige Club year. This year’s festival will take place in St Mel’s College on May 13 at 5pm.

Over the years, the festival has seen huge success, with big musical names gracing the stage and playing to crowds of up to 4,000 young people - though this year’s festival is predicted to be the biggest yet.

So it’s no wonder Michael is so excited to perform his music to an even wider audience than before, alongside the likes of Keywest and Áine Cahill.

And it all started with Longford Youth Factor - an annual talent competition, which allows teens to get up on stage and perform, building competition and allowing them to express themselves to a crowd of like-minded people.

"The Longford Youth Factor has been running in Longford since 2009 and has given young people a public forum to express their talents to a large crowd.

“It has been a huge success for everyone involved and I know young people will remember fondly the enjoyable nights had at each of the shows,” said Foróige’s Regional Youth Officer Jim Maher.

“Foroige, as an organisation, believes in our youth and their abilities and the Longford Youth Factor is a testament to the amazingly talented young people we have in our community.

“It is our job as adult leaders to encourage and support the development of our young people to be the best they can be.

“Michael has proven in the past that he is an amazing talent, with a lot to offer and I am delighted that his dream of winning the LY Factor became a reality this year.

“I hope that this is just a platform for bigger and better things for this bright young man.

“I wish Michael the very best and look forward to seeing his name in lights in the coming years.”

This wasn’t Michael’s first time in Longford Youth Factor. He was one of the top four finalists last year and this only made him more determined to succeed this year as he climbed his way to first place and the €1,000 prize.

Longford Youth Factor is organised every January as part of the Attic House Teen Project.

Based on the Balinalee road, the Attic House aims to provide a space for young people aged 10 to 18, where they can take part in various activities, meet up with friends or just do homework.

“I feel that the attic is a great place for young people to go to.  If you ever need to talk to someone they’re there,” said Michael, who was mentored by Attic House Youth Worker, Kathleen Mahon, when it came to song choices for this year’s competition.

And the mentoring certainly paid off.

Music blogger and Longford native Rachel Masterson was on the judging panel for this year’s LY Factor and was astonished by the talent displayed by the 16-year-old.

“Michael was fantastic in every performance. We saw him three times and he always stood out - especially his grand finale where he performed a rap of his own,” she said.

“The Irish hip-hop scene is massive at the moment and something I’m a huge fan of. I can definitely see Michael making a name for himself.

“I’m looking forward to seeing what happens for him and that YouTube channel I hope he starts soon.”

But with his music growing in popularity every day, he says he hopes to have one soon: so watch this space.

For more information on the Attic House, see attichouse.ie.

Or to find out about the upcoming HYPE Festival, visit hypefestival.ie.