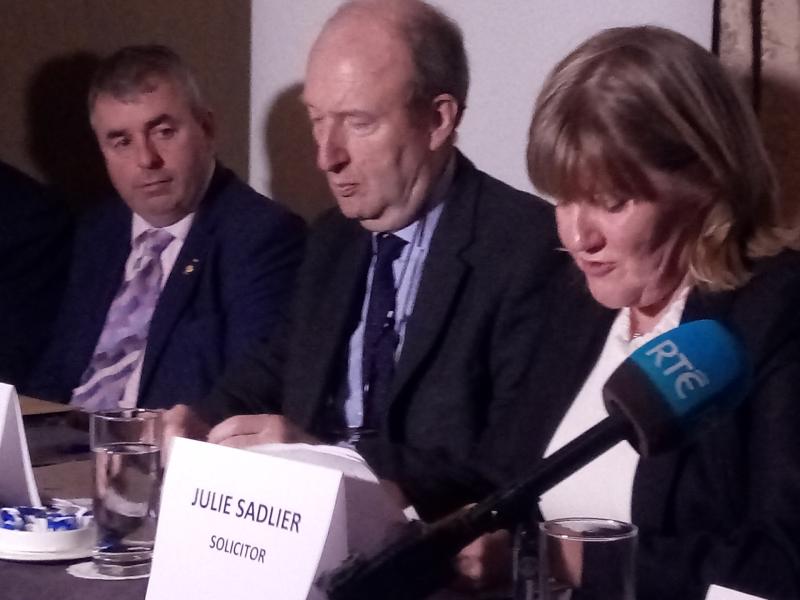 A significant new Bill aimed at keeping people in their homes, and backed by the Independent Alliance, was introduced to the Dáil on Thursday.

The Keeping People In Their Homes Bill 2017 provides protection to home owners facing possession and provides clarity to Irish courts on examining the proportionality of granting or executing possession orders on people’s homes.

Longford-Westmeath TD, Deputy, Kevin 'Boxer' Moran TD, of the Independent Alliance, who will introduce the Bill to the Dáil, says the legislation aims to change the way in which home possession cases are decided upon in the Courts.

The Bill allows courts to consider the circumstances and impact of home loss on dependents and children in the household, Deputy Moran said. This means that courts can take into consideration the whole household’s circumstances and the impact that granting, adjourning, varying, postponing or executing an order for possession of a home would have on their lives.

The Bill has been drafted with the support of a group of concerned lawyers and housing law experts who have been working with home-owners at risk of home loss.

“This Bill can immediately help bring clarity and full and fair legal process to a devastating situation being faced by families every day,” Deputy Moran said. “It also provides a common sense and legal based solution that can help us meet the Independent Alliance’s commitment in the Programme of Partnership which states that we want to keep families in their homes and to avoid repossessions.”

“The loss of a home can be one of the most serious breaches of the right to respect for the home,” he continued. “Research shows that people who lose their homes are also at risk of a range of serious psychological difficulties, such as depression, frequent symptoms of psychological, social or somatic distress, feelings of painful loss, a continued longing and sense of helplessness.”

Some 30,000 households are at real and immediate risk of home loss in Ireland. Deputy Moran said that, at a minimum, this means that at least 100,000 people, including thousands of children, could be at risk of homelessness.

Dr Padraic Kenna, Director of the Centre for Housing Law, Rights and Policy at NUI Galway, said that the inspiration for this Bill comes from European consumer, human rights and family law. The Bill will provide Irish courts with a clear Irish statutory base to conduct a “proportionality assessment” in relation to possession orders.

“It seeks to humanise possession proceedings so that people and families who have no money, who have no choice, who have nowhere to go and who are facing the dire prospect of losing their family home, can be protected and supported,” Dr Kenna said.

“Essentially, it means that when there is a choice between several appropriate measures to achieve the objectives legitimately pursued by legislation, then the court must adopt the least onerous one, and the disadvantages caused must not be disproportionate to the aims pursued.”

Julie Sadlier, a solicitor who has been representing people facing possession since the economic crash a decade ago, said that this legislation was long overdue.

“Most defendants before the Possession Courts are already prejudiced by the fact that they cannot afford representation,” she said. “The people I represent are ordinary people from every walk of life, who, though hard working, do not qualify for Personal Insolvency or Bank Restructure. They are couples in their fifties or sixties; they are young parents, who paid huge sums of money for very ordinary houses.

It is because of the fate of these ordinary people – our neighbours and friends - that the changes proposed in this Bill are so important. They will enable County Registrars and Judges to balance the interests of corporate lenders with the fundamental human rights of individual borrowers and their households, who face loss of home,” she concluded.

The Bill is an amendment to the existing Land and Conveyancing Law Reform Act 2009, which enables a lender to apply to the courts for an order of possession.