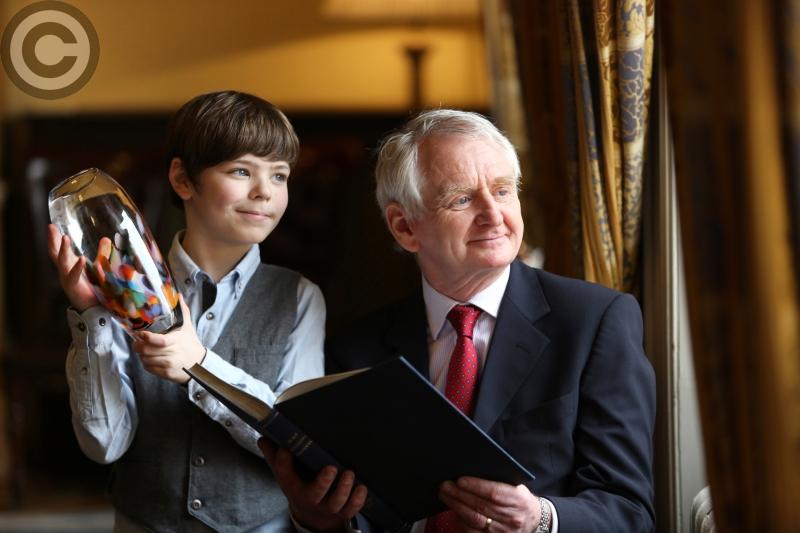 Matt was presented with the accolade at the Heritage Council’s Heritage Awards Ceremony recognising the fantastic work of the heritage community in Ireland and showcasing the best of National Heritage Week.

The Heritage Council’s Heritage Hero Award celebrates someone who has made an outstanding contribution to the protection and promotion of heritage in Ireland. This year 86 individuals were nominated.

This took years of hard work in the gathering of research and the conservation and preservation of the graveyard, the Rectory, the Schoolhouse and the Fair Green. It also involved ten years of fundraising selling lotto tickets every Saturday night!

Matt Farrell’s dedication shows the important link between people and place, and how an appreciation of our shared heritage can build a community.

Minister for Arts, Heritage, Regional, Rural and Gaeltacht Affairs, Heather Humphreys TD, said “I would like to congratulate each of the heritage projects receiving awards and in particular Matt Farrell, Ireland’s Heritage Hero. The individuals, professionals and community groups, many of whom are volunteers, who work tirelessly to protect and preserve our heritage, are the backbone of the heritage sector. As someone who was a member of my own local heritage group I understand the great fulfillment you can achieve by being involved in heritage, but I also understand the huge amount of commitment required.”

Michael Starrett Heritage Council CEO said, “the common theme among all those recognised  is one of dedication to the conservation, protection and promotion of local heritage and community. Congratulations to Matt Farrell, who has been named Ireland’s Heritage Hero in recognition of his outstanding contribution to the protection and promotion of heritage in Ireland and particularly in Edgeworthstown where he has spent a lifetime involved in community development."