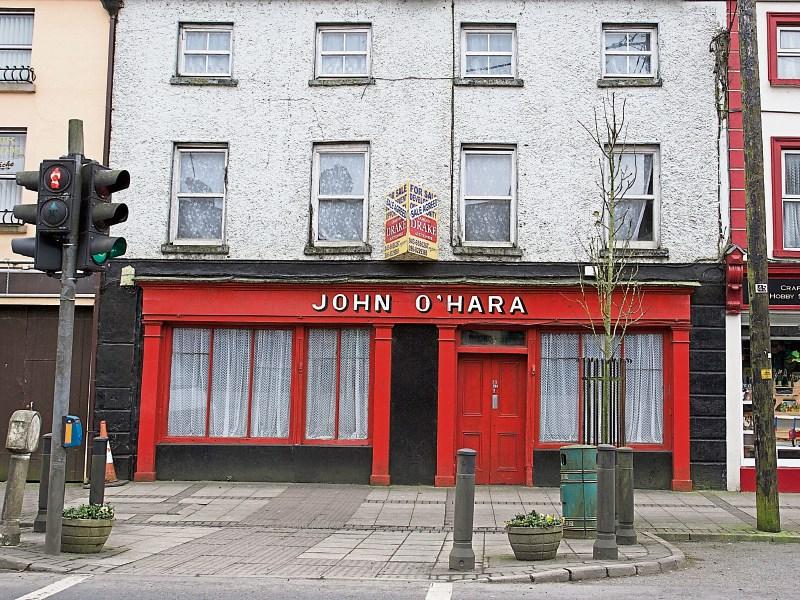 Longford County Council are in the process of snapping up a number of vacant properties across the county, one of which could lead to the opening of a public car park in Granard.

The Leader can reveal local authority chiefs have provisionally shaken hands on a deal to acquire a vacant commercial premises along the north Longford town’s Main Street.

Details surrounding the proposed purchase are at ‘sale agreed’ stage and form part of a new government-led approach to purchase and bring previously unoccupied buildings back into public ownership.

In securing the acquisition of former drapery establishment O'Hara's, Council officials are setting their sights on developing a public car park towards the rear of the building that will, subject to planning approval, allow for pedestrian access from Main Street.

It has also emerged that Longford County Council has reached an agreement over the proposed purchase of two further properties in Abbeylara and Longford town.

In a statement to the Leader, the Council confirmed the move was linked to a number of recently devised proposals which were being rolled out by Minister Simon Coveney’s Housing department.

“Longford County Council are in the process of purchasing a property on the Main Street in Granard and property on Great Water Street Longford,” read a statement.

The Council said it intends refurbishing the site which lies close to its own civic headquarters and revitalise it for residential purposes.“

“The Department have two schemes available.

“The Buy and Renew scheme allows local authorities to purchase properties and carry out remediation works to bring them back into reuse.

“The Repair and Lease scheme allows private property owners to avail of an advance of the rent to carry out works on the property.”

Upon completion of those works, property owners   can consequently  enter into a long-term lease of the property with  the council.

In accordance with the Government's new offensive, Council bosses have reached a deal over the purchase of a two storey dwelling in Abbeylara.

Local councillor, PJ Reilly confirmed the news when contacted this week, indicating the decision would  solve not one, but two long standing issues in the area.

“As I understand it, the plan is to demolish the building that is there at the minute, set the garden back and provide three Older Persons Dwellings (OPDs),” he said.

“It is also intended to remove a very dangerous blind spot that is there for motorists coming into the village's main crossroads from the Lisryan Road.

Cllr Reilly said the road safety modifications, when carried out in Abbeylara, was especially timely given the large number of accidents at the junction in recent years.