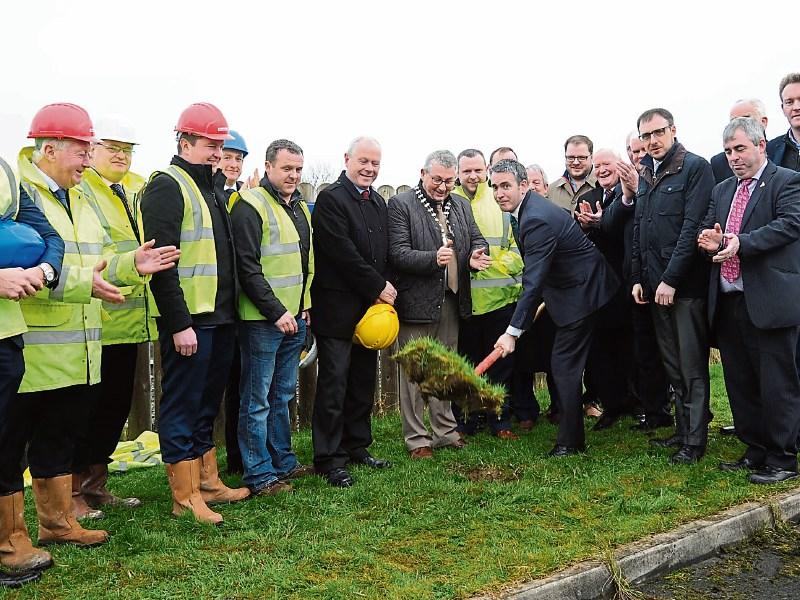 Junior Housing Minister Damien English was in Drumlish last Friday to turn the sod on a €2.8m social housing development.

Mr English said the development, which is expected to be fully complete by the end of August, was in keeping with the Government's plan to resolve Ireland's housing woes.

In reserving warm praise for its developers, Mulleady Properties, Mr English said it was imperative local authorities struck a happy medium in terms of easing the nation's housing dilemma.

“We know there are situations out there where people are waiting for houses and are homeless both privately and socially so it’s important we get things moving,” he said.

Mr English's emphasis on establishing a healthy mix between new housing developments and dealing with existing stock, led him to reveal  Longford County Council's decision last year to acquire 16 houses at various locations across the county.

There were warm words too from many of Mr English's party colleagues who were on hand to witness last Friday's formalities.

“These are 14 houses and with over 50 people on the waiting list in Drumlish it will help alleviate some of that problem.”

Cllr Brady said complement what the projected Mill Race development would bring to the area, the Council had also bought four other houses locally in recent months.

“Anything that can help reduce social housing waiting lists has to be welcomed and this (Mill Race Park) is one of them,” he added.