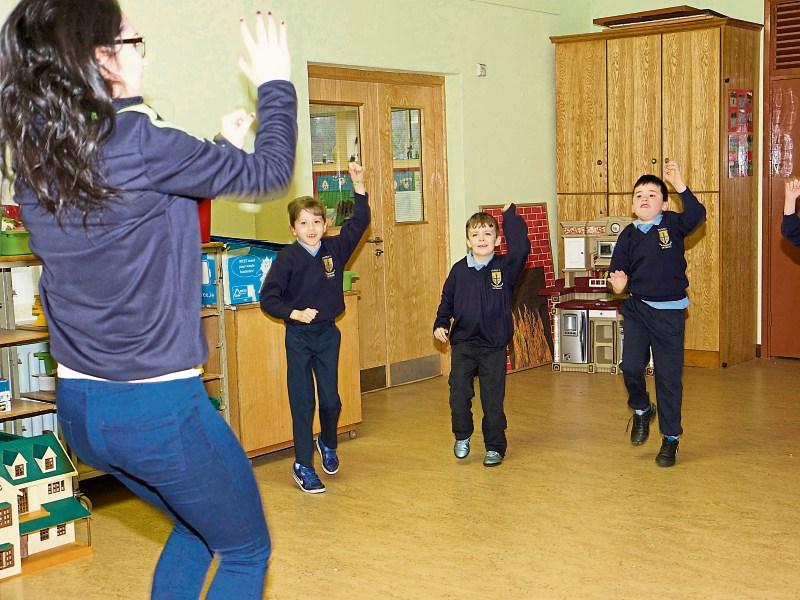 The community of Dromard is  embracing 2017 by getting active through a number of groups and fitness classes.

Led by Dromard GAA who recently got involved with the nationwide ‘Healthy Clubs Project’, various groups in the community are walking and running their way to a healthier lifestyle.

The Healthy Clubs Project is an initiative from the GAA with support from Irish Life, National Office for Suicide Prevention, The HSE and Healthy Ireland, with the intention that every GAA club will become a hub for health and well being.

“Everyone is getting involved and we’re receiving really positive feedback,” said Nicola Reilly, member of the Dromard GAA Healthy Club Committee. She added, “The school and clubs are taking on the initiatives themselves.”

The recent official launch for Dromard Operation Transformation  enjoyed a massive turnout with brilliant progress over the following weeks. “The road to fitness started on January 9, and was launched in the clubhouse the day before where people were weighed-in. We have been tracking it ever since and in the first two weeks there was 82 pounds lost between 17 people.”

With many group walks or runs to get involved in throughout the week, everyone in the area is encouraged to take part. Nicola outlined the numerous activities taking place. “The Operation Transformation walking group go out on Monday, Wednesday and Friday at 9:30am while on Tuesday the ‘Active Elderly’ walk is at 10:30am.”

People of all ages are taking part, with the under 15 football team running every Sunday at 9:30am. Everyone is welcome to attend whether they walk or run. The National School have also launched their own challenge of completing 15 minutes of exercise every day.

“It has been brilliant,” Nicola enthused. “The couch to 5k could have 15 people and Longford Fitness are running classes in the GAA clubhouse since before Christmas. There’s Active Elderly yoga, team fitness and men’s only; everyone is getting on really well.”

Nicola explained that they all have one united goal to work towards. “The view is that all of these community groups will do the Mall parkrun on March 4. Even if they haven’t been involved the whole time, we hope everyone gets out and every household in Dromard has a representative in parkrun.”

Delighted with how the initiative has taken on a life of its own, Nicola concluded, “January and February are good months to get motivated. We put it out there and all members of the community are getting involved. We were the instigators but it has taken a life of its own from there.” For more information email Nicola