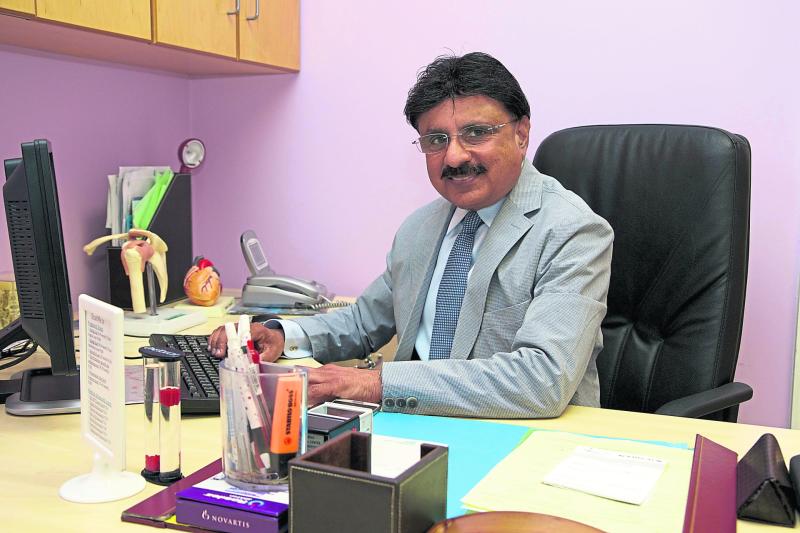 Dr Syed Ali has taken issue with US President Donald Trump's decision to ban the entry of refugees and people from seven Muslim-majority countries into the US.

A leading representative of Longford's Muslim community has said Donald Trump's controversial Muslim ban will only serve to deepen racial tensions towards the US.

Dr Syed Ali said he and the wider Muslim community in Longford had been left “upset and disappointed” by Mr Trump's move to ban travellers and refugees from seven Muslim countries.

In his role as director and trustee of Longford Mosque, Dr Ali bemoaned how the decision has already been met with widespread opposition this side of the Atlantic.

“It's very disappointing and upsetting especially for younger people from Muslim countries who want to go to the US for higher education but the doors are now closed for them,” he said.

That said, the Longford GP admitted he was not overly taken aback by the billionaire real estate mogul’s actions since taking office two weeks ago.

“What he has done has not surprised me, no,” confided Dr Ali.

“Before his election that was always his first ambition and that is how he got the votes from Americans.”

High ranking aides within the Trump administration have been quick to denounce the media for their use of the term ‘Muslim ban’, stressing the measure was more about border protection and clamping down on terrorism.

But for senior Muslim spokespersons like Dr Ali, the order is already being seen as tarring Islamic followers with the same terrorist brush.

“It’s not necessary to say that the Muslims who are trying to come to the US belong to terrorist groups,” he stressed.

“It’s wrong. The majority of Muslims go against this and to see what has been done (Muslim ban) is very disappointing and upsetting.”

He also questioned the silence which had come from some Muslim dominated countries, most notably Saudi Arabia in the immediate aftermath of Mr Trump's signed order.

Asked however, if he thought Mr Trump's motives could eventually wind up in calls for his impeachment, Dr Ali was unequivocal in his stance, remarking: “I think so, yes.”