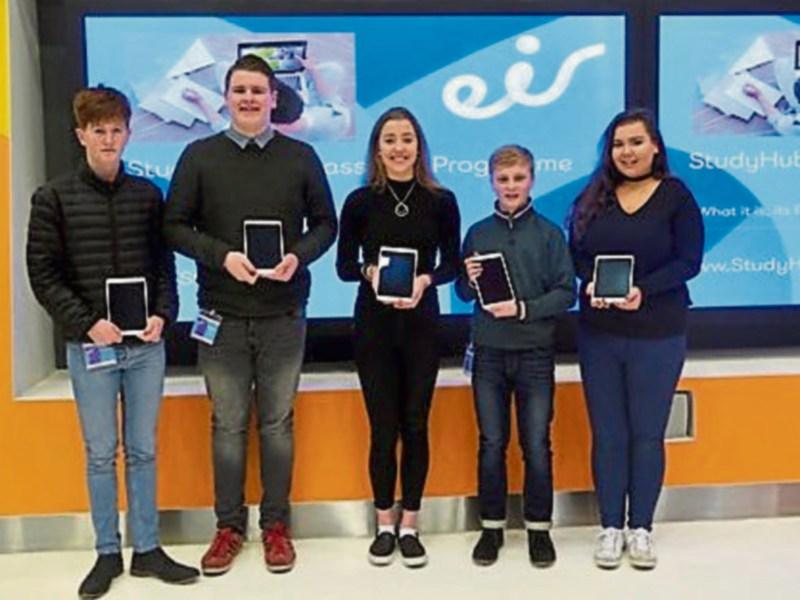 Longford student Peadar Kenny has been selected as an ambassador in his school for eir Studyhub.

A Transition Year student at St Mel's College, Longford, Peadar was among just five selected out of 200 applicants, through a social media competition which was run on Facebook.

The five successful applicants were chosen, according to an eir spokesperson, because of their strong applications which showed that they were motivated students who had used Studyhub before.

Each of the successful applicants received a tablet, which will aid them in demonstrating the Studyhub to their peers.

This is the inaugural year of the Studyhub ambassador programme and earlier this month, Peadar joined his counterparts from Dublin, Kildare and Carlow at eir for training, where they listened to presentations about Studyhub and gave feedback on their experience to date.

eir Studyhub is free for eir broadband customers and features over 500 hours of video tutorials and notes for Junior and Leaving Cert students.

He joined the ambassador programme, he explained,  because he believes that it is a “great way to provide feedback on the service”.