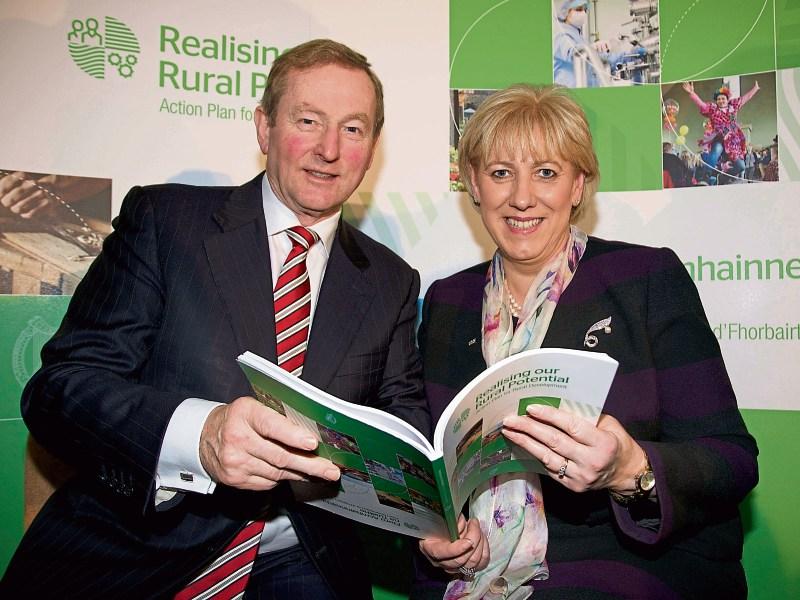 The general consensus on Monday was that the Action Plan for Rural Development is going to see the dawn of an exciting new era for Longford.

Lauding the decision to host the launch in Ballymahon as 'significant', Cllr Colm Murray said; “It's a sign that Fine Gael is interested in Longford, they're interested in Longford-Westmeath as a whole, and it's a sign of confidence from the Government that Longford can and will move forward in the years ahead, via a significant input and investment from both themselves and local authority and businesses alike.”

“I think we'll see great benefits to rural Ireland in general, but I think Co Longford as well.”

While he admitted that the current issue surrounding rates revaluation may put a dampner on the plan for many local businesses, he was optimistic that there was lots of good in the initiative that will be of great benefit to the county.

“It's a great turnout here today and it's great to see the Government coming down here to a rural town in the likes of Co Longford here in Ballymahon, in rural Ireland, because this project is for rural Ireland,” Cllr PJ Reilly stated, while Cllr Mícheál Carrigy expressed his hope that the plan would 'revitalise' local communities.

“It's going to bring vibrancy back into towns and villages.

“I do hope, and I didn't hear it mentioned today, as a postmaster, that the safeguarding of the Post Office network throughout the country is fundamental to that.”

The plan holds great hope for the future, according to Co Librarian, Mary Carleton Reynolds.

“This plan, it has so many actions attached to it that I'd be very hopeful that something really good will come out of it.

“People were so complimentary about the town and the buzz that's around the area here.

“We've had Pat Spillane (the plan's ambassador) here from Kerry, people from Clare, people from Cork and from all over the country here today, and it's great to see them coming to Longford.”