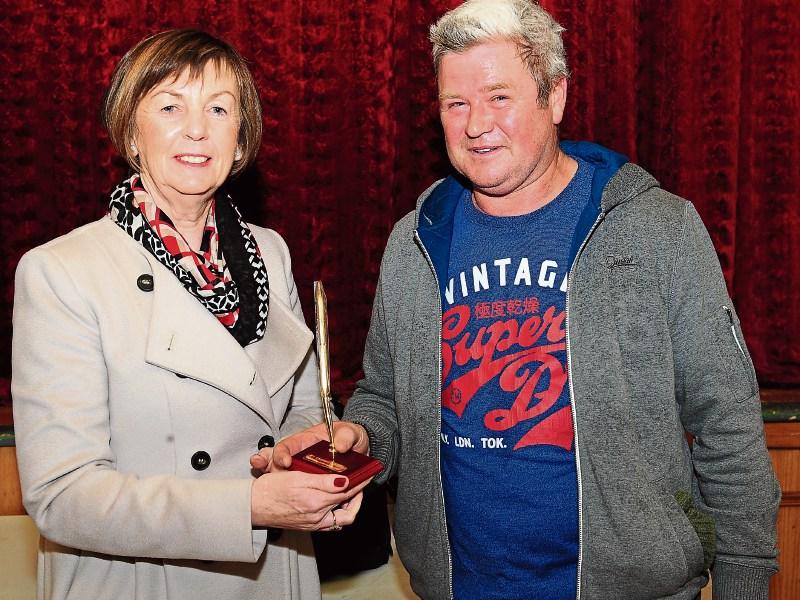 Newtowncashel’s Ger Flood was honoured on Christmas Day following the annual run for MS of which he is a founder member.

Ger has been living in Melbourne, Australia for the past 17 years and 2016 was his first year  to participate in the run since leaving the area in 1999.

The Christmas Day MS Run also celebrated its 26th year this year and with each passing year the event goes from strength to strength.

But it was from little seeds that it all began way back in 1995.

“Back then a few of us had been involved in different charity events down the years,” Ger told the Leader while relaxing with his family in south Longford last week.

“Then one year, we discovered that John Joe Whitlow from the parish had been diagnosed with MS, so we decided to do a run to raise funds for him.”

At the time, Ger was teaching self-defence courses in the area and those participating were into fitness, so a group of them decided to come on board with him and got involved in setting up the run.

“It took off from there and I was involved for the first eight or nine years and then I went to Australia,” the Longford man  said.

“Great credit is due to the current organisers, because the run really is gathering more and more momentum with every passing year.

“Hopefully it will keep going for another few years.”

Meanwhile, the committee made a presentation to Ger after the run was completed on Christmas Day.

His contribution to the effort was acknowledged and everyone pointed out how great it was to see him again after a 17-year absence from the locality.

“The presentation was a great honour for me and I was a little bit surprised by it all,” he added.

“At the moment it is great to be home; it is such a great time of the year to be home and it is really lovely catching up with everyone.”