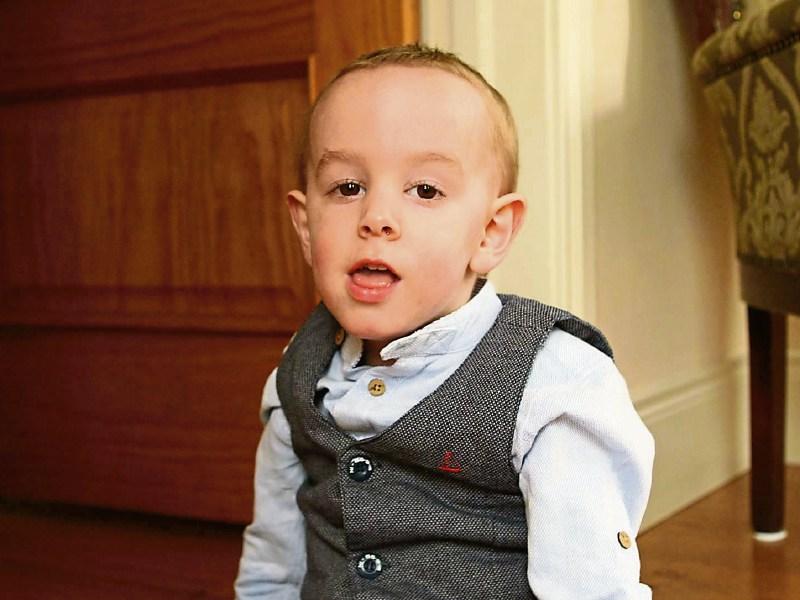 It was a very happy Christmas for little Tom Lynch and his family, after an incredible €216,000 was raised in just eight months for ‘Tom’s Walking Wish’.

Tom suffers from hypotonia, or poor muscle tone, and the money raised will allow him to avail of the treatment he needs at the First Steps Clinic in Limerick.

A spokesperson for the family said; “The parents of little Tom Lynch want to pay a heartfelt thanks to the people of their community and beyond, who helped raise a staggering €216,000 to help cover the cost of their little boy’s treatment.

“In just eight months, the generosity of people has raised an unbelievable amount for Tom’s Walking Wish.”

Giving an outline of the treatment that Tom will receive, the spokesperson added; “What started out as being a one-day treatment has now gone up to four days, and he is making great progress.

“This is a life-long condition, he will always need help, but they are very confident he will walk.”

Several events in north Longford, where many of Tom’s family members reside, contributed to this total, including a cake sale in Bunlahy National School; a coffee morning in the Sacred Heart National School, Granard; a music night in the Park House Hotel, a Honda 50 run; a tractor run and a Christmas Jumper Night organised by St Mary’s GAA players.

“Sincere thanks to all for your generosity and support for this wonderful cause, be it financially, physically or in any way,” the spokesperson added, before concluding; “It has helped us get one step closer to achieving Tom’s Walking Wish.

“This isn’t the end of a journey, but the continuation of an adventure; Tom’s adventure.

“Thank you for being part of it.”