Ardagh, Glen and Moydow earn great reviews for 'Let's do a Nativity' 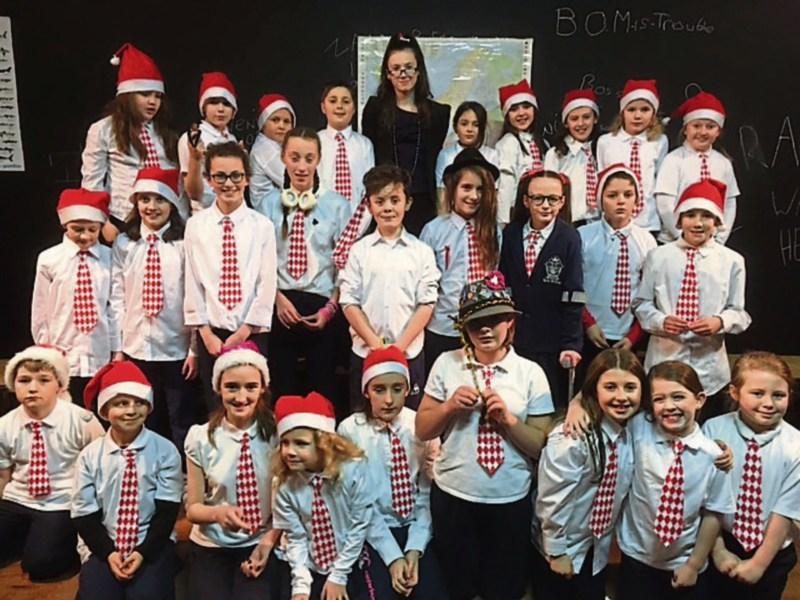 "Brilliant show, the kids were amazing!"; "Fantastic show.. well done to all involved!" and "Great show today, the kids were very good and put on a mighty show!"

These were just some of the glowing audience comments over the weekend as children from Ardagh, Glen and Moydow joined Ardagh Music Room to put on a Christmas play.

'Let's do a Nativity' is the story of a group of enthusiastic school children who decide to stage their very own Christmas Nativity play.

The idea is a good one, but can they organise scripts, manage shepherds, angels and kings and search for props?

Can they do all this while a pair of bullies make things difficult for them?

The show ran Saturday evening, December 17 and Sunday afternoon, December 18, bringing the Christmas spirit well and truly into the village.

The parents were absolutely delighted with the production.

"It was a joy to behold the look on all the children's faces during the show - it's so important to give young children such opportunities," said Henry, father of one of the angels.

Meanwhile, Carol, whose daughter played the part of the Innkeeper's wife, added; "It was amazing to see all these children putting themselves out there, even the quiet ones, Katie loved every minute!"

Joanna Pearman and Kelly Callan have been working with the group since November to put together the production and  Kelly did a fabulous job on the costumes.

Meanwhile in the kitchen, Jacinta and Pauline had the kettles boiling for post-show refreshments, raising €80 for St Joseph's Care Centre.

"It was a pleasure to give our time with the best bunch of children and a real joy to watch them all grow," said Kelly, while Joanna added; "It was so rewarding to facilitate this event.

“The children really got so much out of it and it was so much fun the whole time."

For more photographs and details from the production, search for the  Ardagh Music Room Facebook page.