Rising to the spirit of Longford for 1916 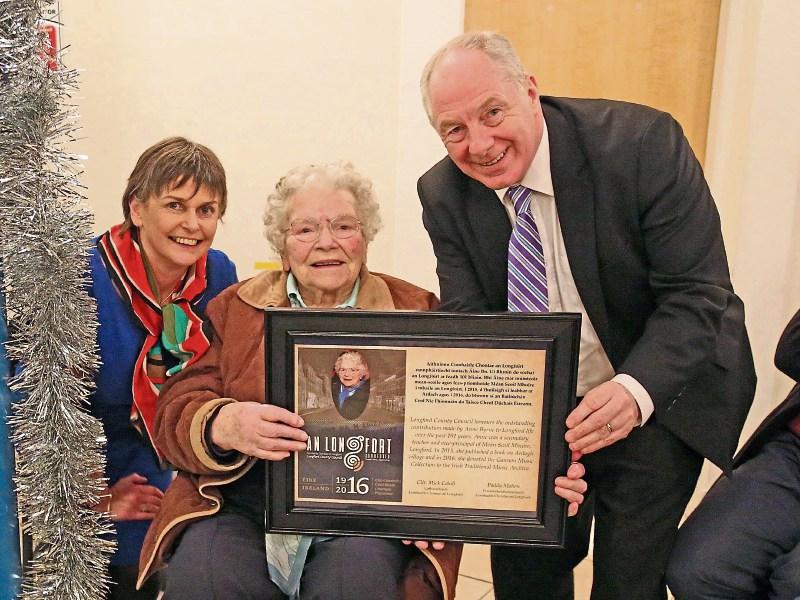 Co Longford’s 1916 Commemorations were brought to a conclusion last Friday night with the launch of a book - ‘Longford Remembers 1916’  and CD by the Minister of State for Regional Economic Development, Michael Ring TD.

Speaking at the event Minister Ring paid tribute to all those who were involved in the commemorations which saw a memorial garden developed in Longford town as well as numerous other tributes to those involved in the 1916 Rising, installed across the county.

“I want to say tonight to the elected representatives and the volunteers of this county - thank you for what you have done for Co Longford,” he added.

“I am here to launch the book and CD and I have to say that I am honoured to be here to do that.”

The Minister of State went on to say that it was important to have a record of what communities across the country did this year to commemorate 1916, so that 100 years from now, when people then, would be commemorating the 200th anniversary of 1916, they would be able to see for themselves what was done 100 years on from the event.

“Sometimes,” he added, “we take for granted the freedom that we have in this country”.

“Democracy is not perfect but there is not anything better and we are lucky in this country that we have democracy.

“Ye have a lot going for ye here in Co Longford and ye   should talk up this county and don’t mind the people that talk it down.

“Don’t be afraid to talk it up - this is a great county with great people.”

Meanwhile, Cathaoirleach, Longford Co Council, Cllr Mick Cahill (FF) said the event on Friday night brought closure on what had been a “wonderful year” for the county.

“What a year we had - we commemorated the centenary of the 1916 Rising, a crucial episode in our history,” the Cathaoirleach continued.

“Centre to that commemoration was the men and women who took part in the Rising and it is only right that we took time to reflect on them.”

Cllr Cahill went on then to speak about the many creative projects across the county that included everything from art and drama to  music and dance.

“We have a wealth of talent in Longford and that is evident by what has been achieved this year,” continued Cllr Cahill.

“Above all else this was a year when communities throughout Longford showed their pride and spirit.

“The success of the Ireland 2016 project is due to all the communities who got behind the initiative and we at Longford Co Council salute you for all the great work that you have done in this county.”