Getting to the heart of medical cannabis in Co Longford 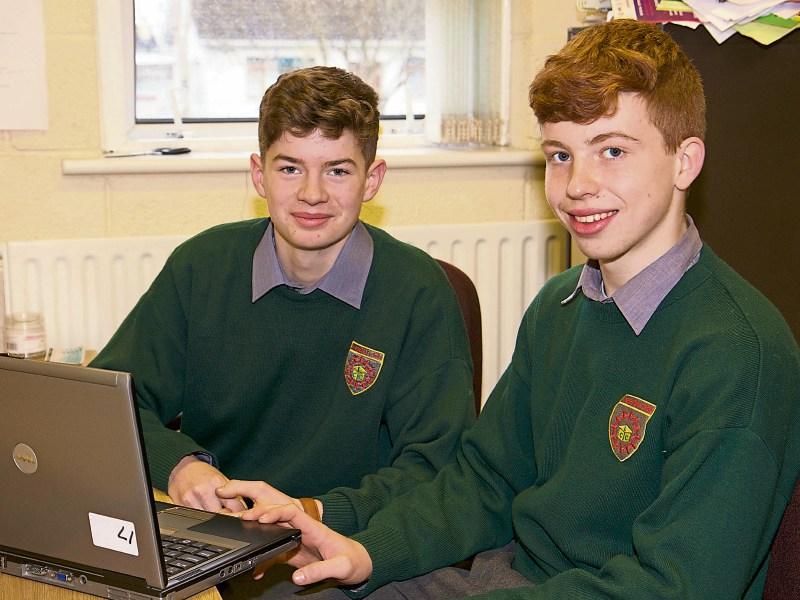 The project entitled ‘Medical Cannabis - Is there a middle ground?’is garnering a lot of attention since the lads began working on it because the subject matter is now on the legislation agenda in Dáil Éireann.

The Leader spoke to the students this week to find out how their research is going and what discoveries they have made during this very topical journey.

“We wanted to find out how much the public knew about medical cannabis; we wanted to know if they were misinformed and what did they know about the use of medical cannabis in the treatment of illness and disease, particularly with Multiple Sclerosis (MS) and Epilepsy, so we carried out surveys,” said Patrick.

“We wanted to help people to understand the issue better.”

Describing the nub of the project, Sean pointed out that it was focused on finding out exactly how much the public knew about medical cannabis and from there help people to become more informed on the matter.

Because cannabis is illegal in Ireland, the Lanesboro Community College students found very little information with regards to use and effects in this country.

Their research was therefore very much focused on the United States where cannabis is legal in half the country.

“The internet and Google was a fantastic research tool for us,” continued Sean.

“Because cannabis is legal in almost half of the United States, we had a lot of information veering towards the idea that medical cannabis is helpful.”

He went on to say that they discovered that while there was information on the side effects of  taking cannabis that included paranoia and anxiety, the students’ research also indicated that these were common, only in cases where cannabis was “overused”.

“Google helped us out a lot; we found out that Colorado is a big place for both cannabis and medical cannabis use,” the local TY student continued.

“We discovered that there is more than one type of cannabis; different types of cannabis can help different illnesses.”

According to Patrick, there are two main ingredients in cannabis - Tetrahydro Cantelon (THC) and CBD.

“THC,” he added, “is more commonly known as the cannabis that gets you ‘high’ while Cannabidiol (CBD) is the more beneficial part of the plant.

“THC however, while it has medicinal benefits, it does have side effects that are not realised.

“The ingredients for medical use are taken from the cannabis plant and turned into an oil - CBD oil is common and we discovered that this had been allowed in Ireland, but has not yet been made available because the pharmacies and the Government cannot agree on a price.”

Meanwhile, Sean pointed to the fact that there is some public awareness  about Hemp oil.

Hemp, he confirmed, is a close relative of the cannabis plant and CBD oil can be made from Hemp as well as from cannabis.

“The product from Hemp is supposedly better because there is very little THC in it,” added Sean, before pointing out that THC is the component that has the so-called side effects whereas CBD has little to no side effects.

Because cannabis is illegal in Ireland, the students said that experimenting for this project was something that they were not able to do because of legislation.

“That was one of the difficult parts of the project for us because we were not able to determine whether or not medical cannabis worked or examine the side effects from usage,” said Sean, who the pointed out that with cannabis it is virtually impossible to overdose, and there is no recorded deaths in relation to it.

“Cannabis is over 4,000 years old, so where you see side effects this indicates that there has been over consumption or use of the drug.

“Paranoia and anxiety results from overuse and cannabis is addictive in the same way that sugar and caffeine are addictive.”

Patrick, meanwhile focused on some of the comparisons between medical cannabis and prescription drugs in the treatment of long term or serious illness.

“We found that in a lot of cases where people who have epilepsy and MS are being given prescription drugs, the drugs often don’t work, so all that happens is the illnesses keep getting worse and worse.

“It seems there is more hope with medical cannabis when it comes to treatment for serious illnesses and people in this country who are sick feel they should be entitled to find out for themselves if it helps them.”

And with regards to national developments on the subject matter of the TY students' BT Young Scientist project, the Cannabis for Medicinal Use Regulation Bill passed the second stage in Dáil Éireann last week and will now proceed to the Oireachtas Health Committee where it will be discussed by members.

Back in Lanesboro, Patrick and Sean are now waiting to analyse data that they have received back from 300 respondents following  a survey that they carried out for the project.

They asked people with serious illnesses if they tried medical cannabis and if so, how did it work for them.

They also asked members of the public about their knowledge on the topic, in an effort to determine the level of awareness that is out there.

Meanwhile, it has emerged that the vast majority of Irish people  are in favour of cannabis being legalised when recommended for medical reasons by a doctor, according to a new survey.

The national survey, the results of which were released last month, showed that 92% of Irish people would be in favour of the legalisation of cannabis for medical purposes.

The opinion poll was carried out by Red C Research on behalf of Help Not Harm in order “to understand the general views of the public towards the medical use of cannabis”.

1,000 respondents were interviewed via phone call using a random selection of the Irish population.