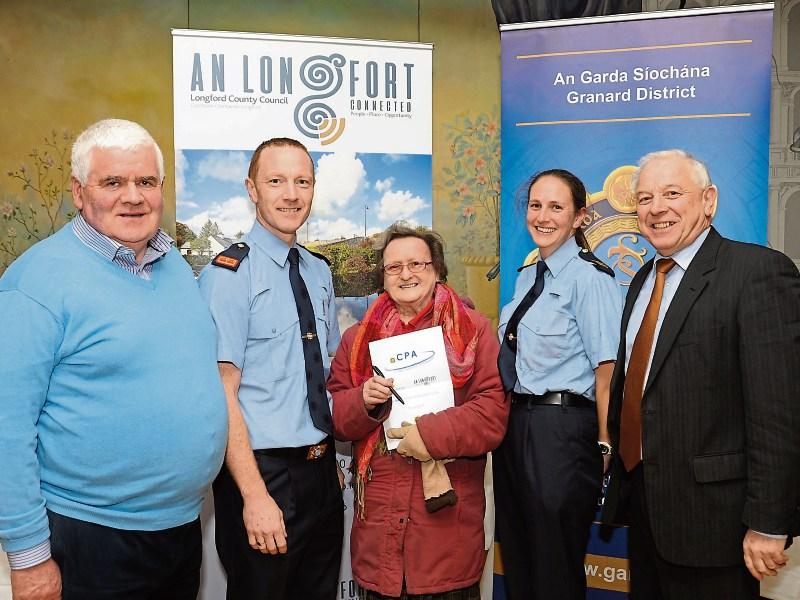 During a question and answers session following the JPC public meeting last week in Longford town it emerged that members of the Criminal Assets Bureau (CAB) had visited locations in Co Longford.

Fergus Reynolds asked the Committee why there had been no feedback since the public gathering that was held nearly two years ago to address the increase in criminality in Longford town.

“At that meeting we were told that CAB would be coming here to investigate certain matters, yet we haven’t heard a word about that since,” Mr Reynolds said.

“People want to know if CAB was here, and if they were what did they find?  Did they find anything?”

Responding to Mr Reynolds, acting superintendent at Granard Garda Station, Padraig Jones said that CAB had been to Longford but its investigations were not something that had been made public.

“CAB are very active but are not overly publicised and that is for very good reason,” added the acting superintendent.

“I can confirm, however, that CAB has been to Co Longford; in fact the agency was here just prior to Superintendent Delaney arriving in Longford town and there has been property seized.”

Acting Superintendent Jones went on to say that the disposal of property seized by CAB was a complicated process that required High Court intervention.

“There has been people targeted in this county and I am sure that CAB will continue with their investigations here,” he added.

“Gardaí will not be revealing anything more than this.”

Cllr Butler organised the public meeting in Longford in 2014 in an effort to address the growing concern that was emerging over the increase in crime in the county town.

“The one way that CAB operates is that nobody knows they are operating,” he added.

“That is purely for operational purposes but I can tell you this, I am more than satisfied that there are huge efforts being made here.

“We may not get a result, but at least CAB are investigating matters.”