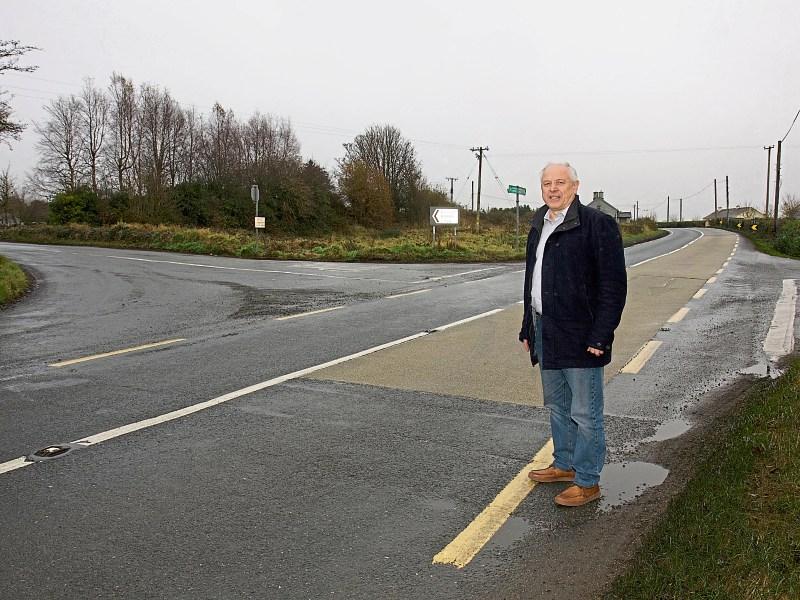 Calls for safety improvement works along a road at Toome, Ballymahon garnered much attention during a meeting of Ballymahon’s Municipal District last week.

It was Cllr Pat O’Toole (FF) who initially raised the issue through his notice of motion when he said that people living in the vicinity of Toome Crossroads has requested that Longford County Council bring to the attention of Transport Infrastructure Ireland (TII) - formerly the National Roads Authority (NRA) - the need to improve the sight-lines at this junction.

“It needs particular attention on the approach routes from the Barry and Edgeworthstown directions,” continued Cllr O’Toole who then pointed out that a ‘concealed entrance’ sign was also necessary further along the road.

“This sign would need to be erected close to the Kenny residence at Antley which is located on a dangerous bend along the Edgeworthstown Road approach.

“With the imminent start of construction work at Center Parcs, the volume of traffic on this road is likely to increase considerably.”

Center Parcs is expected to begin its development of Longford Forest at Newcastle Wood in Ballymahon in the Spring of 2017 - just a few short months away.

“You are taking your life into your own hands there all right,” he added.

“We spoke to the TII about considering a realignment there, but that request was declined.”

The meeting went on to hear that Longford County Council had carried out some works in the area, but it was not enough.

“To do anything on a larger scale would need the authorisation of the TII,” explained Mr Slattery.

Councillors agreed to place the matter on the agenda for a meeting with the TII. A  delegation is also expected to meet with the TII later this week.