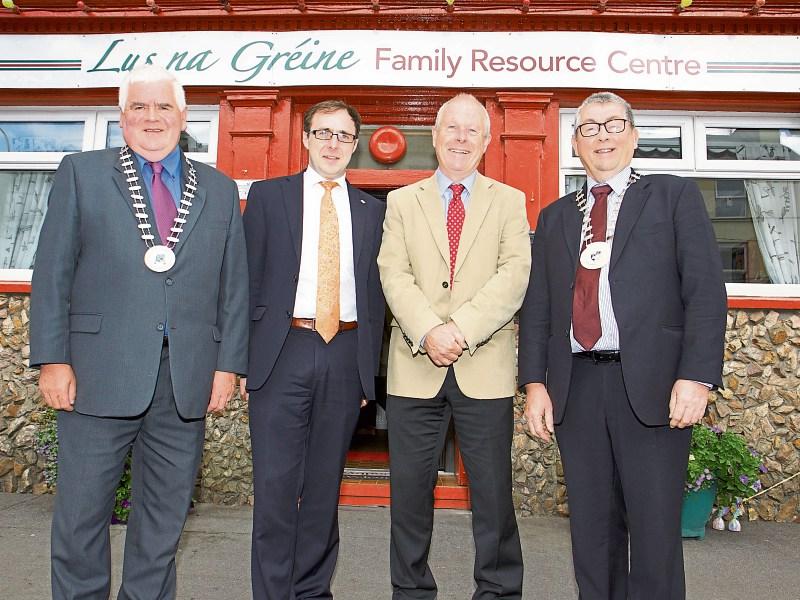 One of north Longford’s most cherished community facilities is struggling to keep its head above water due to financial cutbacks and staffing concerns, writes Liam Cosgrove.

Lus na Gréine, a family resource centre in Granard, is arguably the region’s predominant facility for families, community groups and individuals, offering a range of services and supports across a wide genre of areas

But at a meeting of Granard Municipal District last week, the current plight was laid bare by project co-ordinator Eileen Finan.

Speaking with passion and fervour aplenty, she said the service has seen its funding level cut by €30,000, a drop that has forced the centre to make up that shortfall through fundraising and charity work.

“We all belong to a family and that is the most important thing in a community,” she told elected members.

Ms Finan admitted staffing anxieties were placing  an added strain on the centre's ability to uphold its current service provision.

“Our work is very broad and we work with familes,” she said, naming parent and toddler groups, youth groups and counselling as just some of its many service areas.

“Without the help of Community Employment, Tús and volunteers we would really be on the floor,” she said.

In an effort to drive home the importance resource outlets like Lus na Gréine are to communities, Ms Finan said it was incumbent on those holding the purse strings to empower such organisations accordingly.

“We need to staff all family resource centres in Ireland equally,” she said.

Ms Finan also reveale d the strain on finances has also placed question marks over how long it can stay in its present home, which is a rented facility along Granard's Main Street.

She added one possibility could be the former Convent of Mercy which is now under the ownership of the Sue Ryder Foundation.

However, she said significant investment would be needed to replace much of the copper fixtures which, in recent years, have gone missing due to vandalism.

On foot of a request made by Cllr Martin Mulleady, local representatives agreed to write to the Children and Youth Affairs Minister in the hope of securing additional personnel and revenue.

“Even if we got half an extra post or along with myself, a full time development worker, we would be really happy with that,” Ms Finan added.