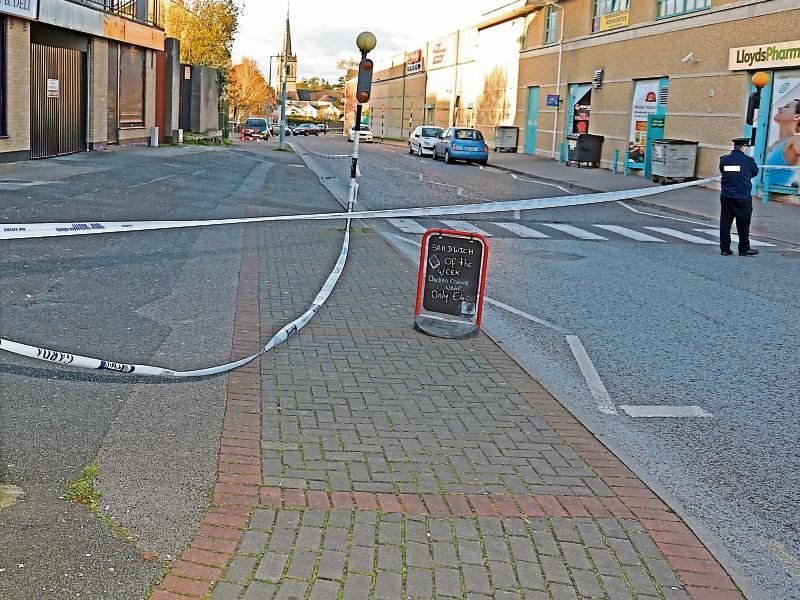 MURDER PROBE: Gardai are continuing to question a 24-year-old man over the fatal stabbing of a man in Longford town yesterday

Garda detectives have until later this evening to either charge or release a man arrested in connection with the murder of a Polish national in Longford yesterday.

Chief Supt Padraig Rattigan of the Roscommon/Longford Garda Division has extended the time investigators are allowed to question the man who was arrested shortly after yesterday's incident.

He is a 24-year-old man who is currently being held under Section 4 of the Criminal Justice Act 1994.

It's understood his detention runs out at around 9:30pm when a decision must be made as whether any formal charges will be issued.

Gardai say they are pursing a "number of lines of inquiry" in a bid to further their investigation into how a 31-year-old man was stabbed in broad daylight in one of the busiest areas of Longford town.

The victim, who had been a resident in the Longford town area, was attacked as he walked along the Great Water Street and Rue Noyal Chetillon Street area just before midday.

In a desperate attempt to flee his attacker, the man ran into Longford town shopping centre where he collapsed in front of stunned shoppers.

He was taken to Mullingar's Midland Regional Hospital where he was later pronounced dead.

His identity has not been released as gardai await the outcome of a postmortem later today.

They are also trying to track down the dead man's family and have appointed a family liaison officer.

The scene of yesterday's incident was cordoned off for several hours pending a technical examination by forensic experts.

Earlier, at a press briefing with assembled media, Supt Jim Delaney said a murder investigation was now in full swing and an incident room had been set up.

He also confirmed a series of searches had been carried out in the Longford town area by the Roscommon/Longford Garda Scenes of Crime Unit.

One of those was a flat situated close to the murder scene.

Supt Delaney was staying tight lipped when asked by longfordleader.ie whether those searches had yielded any breakthrough or helped to move the investigation forward.

"I have no comment to make on that whatsoever," he said.

"We have to have as broad an investigation as possible to make sure we are complete.

"This was a 31-year-old male and he has suffered fatal injuries, totally unjustified.

"He is a father, he is somebody's son and he has siblings.

"He is a brother and we have to do everything within our powers to ensure we don't leave anything behind during our search for evidence.

The Longford Garda chief was more at pains to renew his appeal for witnesses to the incident and released details of the alleged assailant.

He is described as wearing a blue tracksuit top with a thin red stripe down the sleeve, grey tracksuit bottom and runners.