Longford woman to be honoured by NUIG 80 years after graduating 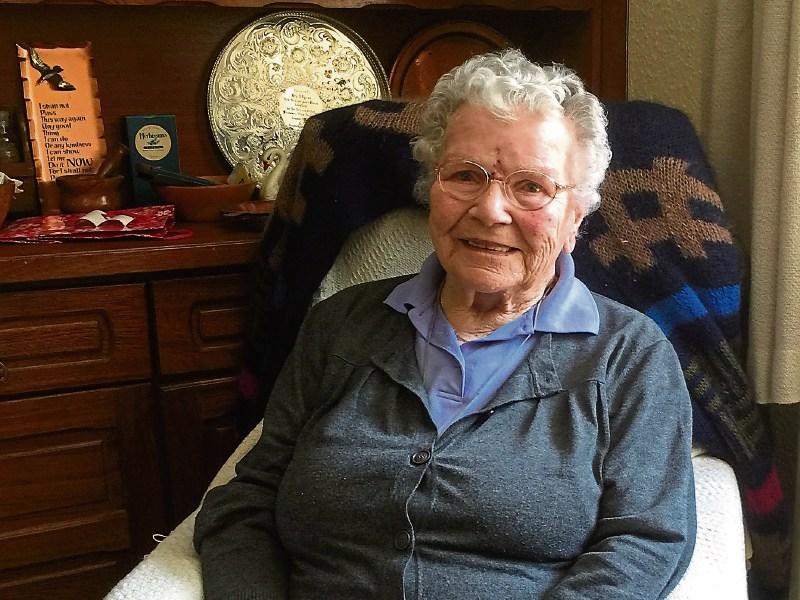 NUI Galway graduate and Longford lady Anne Byrne (née Gannon) is set to be celebrated by her alma mater, eighty years after she graduated.

101-year-old Anne is NUIG’s oldest living alumna, having graduated in 1936, and has recently been recognised as the first private individual to make tape recordings of Irish traditional music in Ireland. She will be honoured by NUIG tomorrow, Thursday, November 3 at 6pm, with a public interview about her time spent at University, her life in America and her music.

Anne’s collection of music, which she first began in 1954, is being digitised and preserved by the Irish Traditional Music Archive in Dublin, to whom the collection was donated. During tomorrow’s celebrations, pieces from the archives will be played in a fully-restored format and one of Ireland’s most-respected and loved musicians, Máirtín O’Connor, will also perform some of Anne’s favourite tracks live on the night.

“Anne is not only remarkable for her position as our oldest alumna; but her wonderful life story and achievements are such that warrants celebration,” said Aisling Nolan, Alumni Relations Officer at NUI Galway.

Stating that it has been a pleasure getting to know Anne, Aisling continued; “Anne’s many vivid memories of her time at NUI Galway in the 1930s will be fascinating for the wider alumni community.”

Meanwhile, Dr Méabh Ní Fhuartháin, Acting Co-Director of NUI Galway’s Centre for Irish Studies, who will conduct the interview with Ms Byrne, added; “Anne’s importance to Irish traditional music collection in the mid-twentieth century is only now being given due credit and it is a real honour to be part of the celebration of that cultural contribution.

“We will get to hear Anne tell her story, and also get to listen to some of the archive recordings of the music she collected.

“Her experience as the daughter of an emigrant to Ireland and as an emigrant herself, raises fascinating questions about received notions of the Irish emigrant experience.”

The event will take place with a pre-interview reception in Áras na Mac Léinn, NUI Galway, followed by the public interview and music in The Cube.

The event, which will be co-hosted by the University’s Alumni Relations and the Centre for Irish Studies, is free and open to all alumni and friends of NUI Galway as well as the wider Galway community. Book your place now by contacting Aisling on 091 494310 or by email at aisling.nolan@nuigalway.ie.