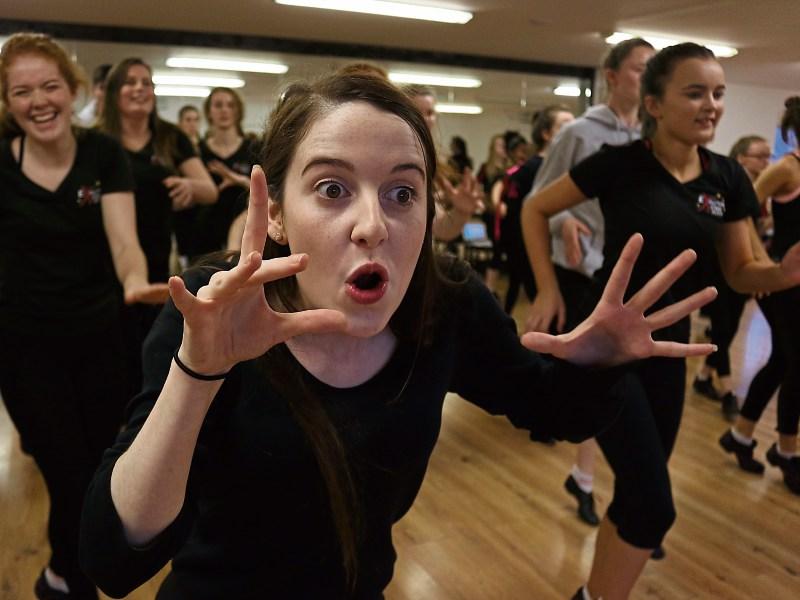 Christmas has come early for Evolution Stage School, after they were invited to play a part in the much-loved annual production of ‘The Snowman’.

Taking place at the Bord Gáis Energy Theatre in Dublin, a choir of more than fifty children from the Evolution Stage Schools in Longford, Roscommon and Kinnegad will help families get into the festive spirit with some well-known hymns and beloved Christmas carols.

Having contacted organisers about taking part in the show a number of years ago, Evolution teacher Paul Hennessy said he was surprised but thrilled to have received the call this year.

“The students are all very excited and the parents are delighted,” he smiled. “There’s great excitement, especially because it’s in a Bord Gáis. There’s a lot of hard work ahead!”

The work for the Dublin concert is on hold, however, as the Longford school prepares for a whopping six shows at the Backstage Theatre.

‘Get up and Dance’ will see in excess of two hundred students storm the stage in an all-singing, all-dancing extravaganza, featuring music, song and dance from shows and artists such as  ‘The Wizard of Oz’, ‘Rocky Horror  Show’, ‘A Chorus Line’, Michael Jackson, David Bowie and Prince.

There will also be a throwback to the sixties thrown in for good measure!

Evolution are well known for their professional productions, and the fact that many of the shows are almost sold out is a testament to this.

Lauding the Backstage Theatre as an excellent facility in which to host their shows, Paul added that the students were gearing up for another show-stopper.

Tickets are already in limited supply, so early booking is advised. To book, contact the Backstage Theatre Box Office on 043 33 47888 or visit www.backstage.ie.