'I'll be watching out for wild birds from now on', says Longford County Councillor 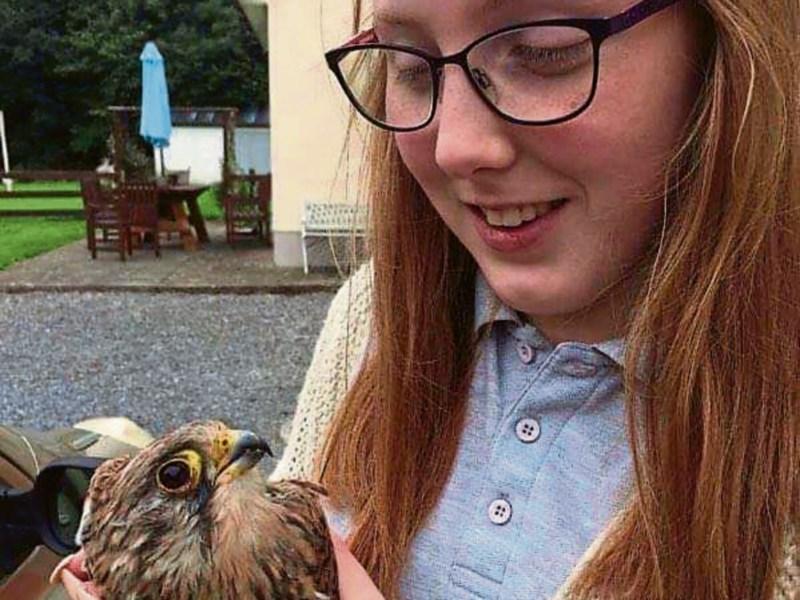 Longford County Councillor Pat O’Toole is well used to ruffling a few feathers in his job as a local politician.

The Ballymahon area representative got more than he bargained for however as he returned home last Tuesday evening only to find a kestrel wedged in the front grille of his car.

Cllr O’Toole had been en route to Ballymahon from Mullingar having attended a meeting in Dublin when he struck what he initially thought was a pheasant.

“I didn't think much of it at the time to be honest with you. I looked in the mirror and saw a few feathers flying which made me think he had a lucky escape,” he said.

It was only when he pulled up outside his home that he noticed a much larger bird was in fact lodged between his car’s front grille and number plate.

To make matters worse, the St Christopher's CEO’s 17-year-old granddaughter, Caoimhe, who is a keen lover of pets, became upset when learning of the news.

She had been studying for her Leaving Cert upstairs at the time, but soon discovered that the bird was very much alive.

“She (Caoimhe) has a great love of birds and animals,” he added.

“She was upset but I promised her that I would give it a proper burial. A few moments later Caoimhe came running out to say she saw the bird's wings flap as she observed it from her bedroom window.

“I thought it was just the wind, but when we checked it out sure enough the bird was still alive.”

As the pair struggled to free the bird, Cllr O’Toole was forced to enlist the help of his neighbour Johnny Maye.

“It was a delicate enough operation getting him out as we didn’t want to hurt him in any way but thankfully we managed it,” said the south Longford-based politician.

Much to his granddaughter’s delight, the pair brought what they thought was a member of the hawk family to a nearby vet’s for a quick once over.

It later emerged however, that their unexpected visitor was a young kestrel.

“The vet didn’t see any major problems with it and we just gave it some water and raw chicken as we thought the poor thing was probably starving.”

After spending the night in the vet’s, the kestrel is now getting accustomed to the more cosy surrounds of the ISPCA’s sanctuary in Kildare ahead of its anticipated return to the wild.

Despite the happy ending the episode is one which has taught Cllr O’Toole a valuable lesson.

“I tell you, I will be watching that stretch of road very closely from now on to make sure I avoid any more kestrels!”