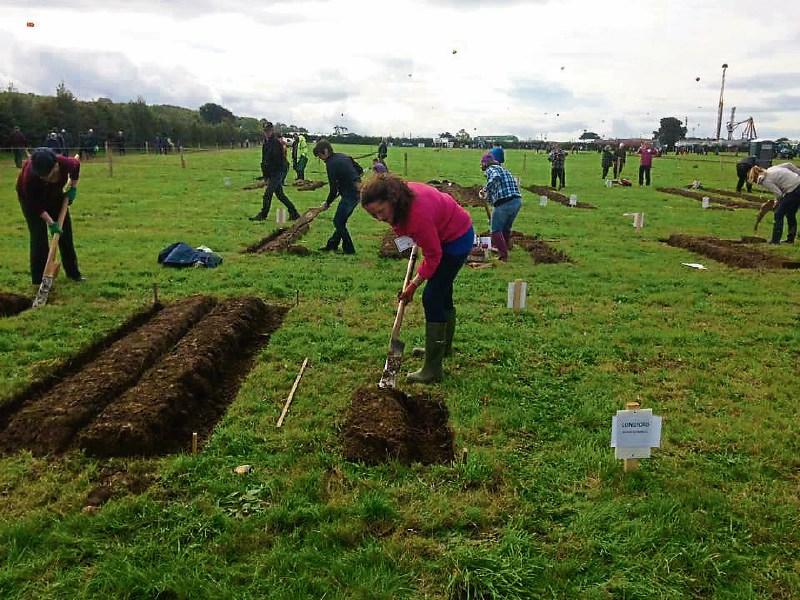 The sun shone in all her glory at the National Ploughing Championships in Tullamore last Thursday.

And it may have been the last day of the event, but the Longford contingent was already to the fore out on the field where competitors picked up numerous accolades including an All-Ireland title.

Conor Mulligan from outside Edgeworthstown won the new Novice Class at the Championships and brought home the county's only All-Ireland from the event which has seen numerous national accolades  come back to Longford over the years.

Equally Leanne Shaughnessy did the county proud when she took  second place in the Macra na Feirme Class.

Anthony Reynolds  notched up another win when he emerged fourth from the Intermediate Class.

“Well done to all our members who ploughed in Tullamore,” a delighted Cynthia Geelan, chairwoman of Longford Ploughing Association (LPA) said on Monday.

“It was Leanne Shaughnessy’s first year to plough at national level and she brought home a silver medal finishing second in Macra na Feirme class and Conor Mulligan - who also competed at his first national ploughing championships - won a gold medal when he won the Novice match.”

Ms Geelan also paid tribute to Anthony Reynolds and to all the other county greats including Mattie Connell, Brian Casey and Laura Connell who competed in the Loy competitions, and to eight-time All-Ireland Loy champion Bernie Casey and Eamon Egan, both of whom did the county proud in the horse ploughing events.

“It's always nice to travel to the ploughing championships, whether you are competing or attending as a spectator.

“You get to meet up with some wonderful people who have become our friends on the plough field over the years.

“And while there is a competitive streak in us all and we all would love  to bring home All-Ireland medals for Longford, at the end of the day we are ploughing against the top ploughmen and women from all over Ireland and northern Ireland.

“Therefore I think it is a great achievement to get to national level and compete and well done to everyone.”