A homecoming hooley to remember 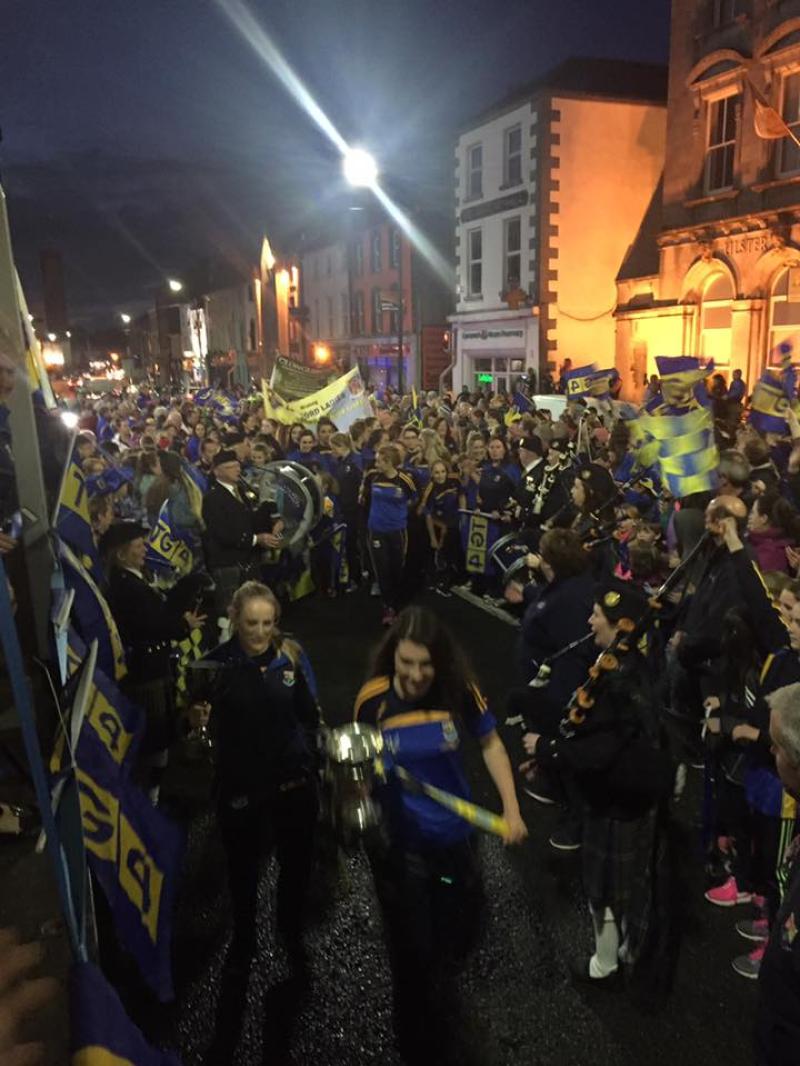 The town of Longford came to a standstill tonight as thousands of delirious supporters converged on Main Street for the homecoming reception to acclaim the newly crowned TG4 All-Ireland Junior Ladies Football champions.

The Longford Pipe Band led the victorious team to a platform near the Longford Arms Hotel and there were unbridled scenes of joy as captain Mairead Reynolds proudly displayed the coveted silverware - The West County Hotel Cup.

Earlier today, Longford captured the All-Ireland junior crown for the first time since 1997 when they dramatically came from behind and sealed a magnificent 4-10 to 1-12 victory over Antrim in the TG4 All-Ireland Junior Championship Final at Croke Park.

Prior to arriving  in Longford town, the victorious cavalcade received a rapturous reception in Edgeworthstown.
After the formalities concluded in Longford town centre, the players and mentors continued their celebrations with a dinner in Longford Golf Club.

In the build-up to the All-Ireland Final, Drumlish country music star Declan Nerney came on board as the team’s main sponsor and his name was emblazoned across the players’ jerseys today.

His record label is Hooley Records and you can be sure that there will one hell of a hooley around Longford tonight as this remarkable triumph is celebrated in style.