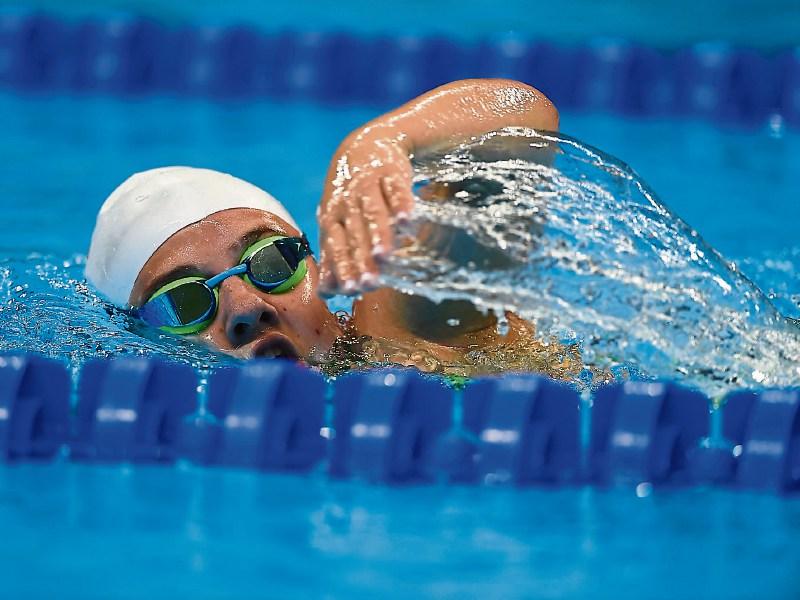 Nicole Turner finished fifth in the S6 50m Butterfly Final at the Paralympics in Rio de Janeiro tonight and in the process she set a huge new personal best of 37.31 seconds.

Nicole’s finishing time in the final was 1.13 seconds faster than the 38.44 she recorded in the heats earlier this afternoon (Friday, September 9).

Nicole’s dad, Jason, is the warehouse manager at C&D Foods in Edgeworthstown and he, along with mum Bernie, were cheering on their daughter from poolside at Rio.

While employees of C & D, who held a number of fundraisers for Nicole prior to the Paralympics, watched her race live on RTÉ2 on TV screens across Longford and beyond.

Portarlington native Nicolestill has plenty to look forward to over the days ahead in Rio as she competes in five other competitions - the 50m freestyle tomorrow (Saturday, September 10), the 200m Individual Medley on Monday, 400m freestyle on Tuesday, the 100m breaststroke on Thursday and the 100m freestyle next Saturday week (September 17), before the Paralympics come to a close on Sunday.

Congratulations to Nicole on her fantastic performance tonight and we wish her well over the coming days.