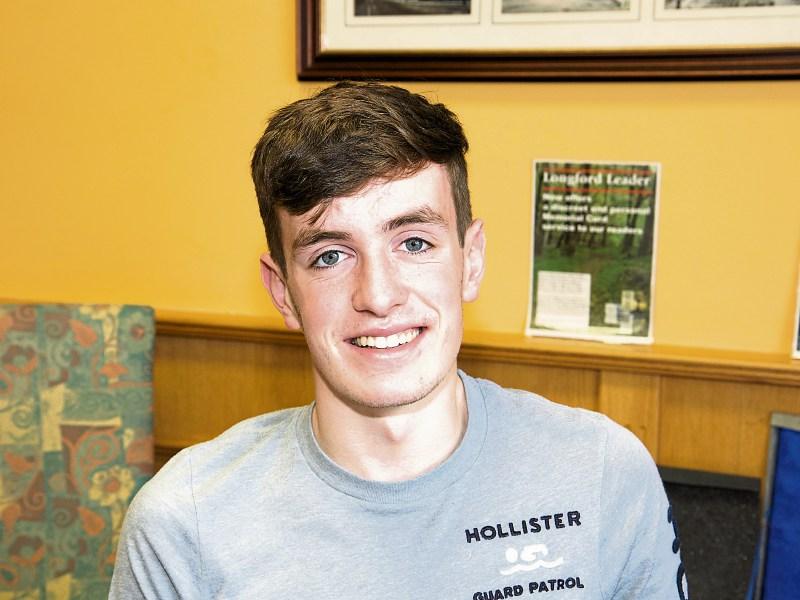 Less than a dozen students were accepted into the University College Dublin (UCD) Ad Astra Academy's Elite Athlete Programme this year, but two of Longford's sport stars made the cut.

Swimmers Gerry Quinn and Patrick Flanagan, both past pupils of Mercy Secondary School, Ballymahon and members of Longford Swimming Club, were named among the scholars earlier this year.

While Gerry has decided to  re-apply for the programme next year in order to focus on his swimming in the immediate future, Patrick will take up his spot in the programme when he commences his studies in Economics and Finance in September.

Having applied for the scholarship around Christmas time, along with more than 200 other hopefuls, Patrick was notified of his success before the summer term ended.

A former paralympic swimmer of the year and a four-time gold medallist at last year's European Youth Para Games in Croatia, the Longford town native's achievements are numerous and he is looking forward to continuing competitive swimming with UCD in the 400m freestyle and 100m back crawl events.

“I'm a little bit nervous but looking forward to it,” the 18-year-old admitted as he spoke about heading off to college.

“It'll be a new experience - I've always loved swimming with the club here in Longford,” he added.

He will be in good company too, as the Ad Astra Academy also boasts a number of Ireland's Olympic competitors, including silver medal winner Paul O'Donovan.

The son of Kevin and Siobhán, Patrick will undertake his studies, while keeping up a rigorous training schedule, using the top-class sports facilities that UCD have on offer.

He also pointed out that he will receive plenty of support to allow him to focus on both aspects of his college life.

Delighted to have earned the prestigious scholarship, he smiled;

“It's crazy that both Gerry and I, from the same school and same club, got through!”

“I believe there are only twelve of these scholarships given out by UCD and for two of our Leaving Certs to get them... it's incredible.

“Both students are to be admired for their commitment and I certainly wish them the best,” she continued.

Paying tribute to the students and their parents for the hard work and commitment that they have put into their pursuits, Ms Donohue  concluded by revealing her hopes for the duo; “This year, I was watching some of the swimming in Rio and thinking; 'in four years, in Tokyo, am I going to see past pupils?”