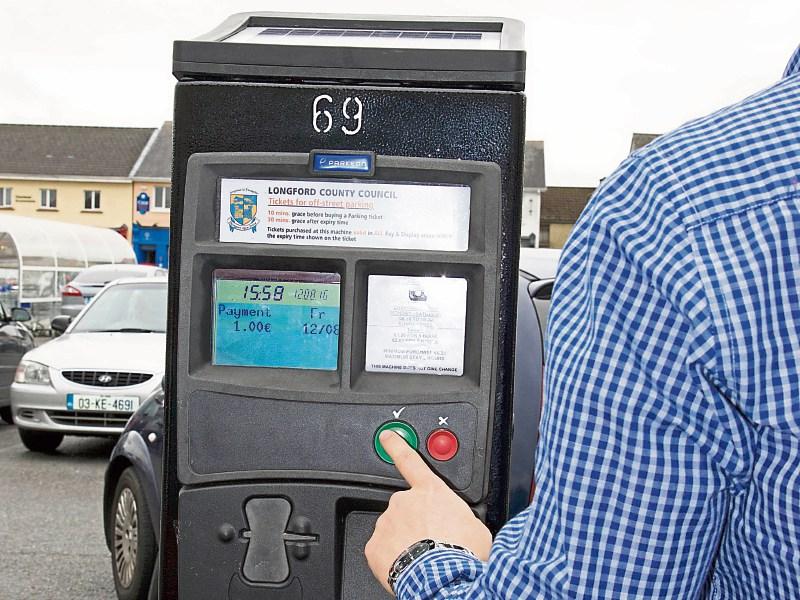 It's been a bone of contention among councillors and members of the public since it was introduced in Longford town in 2003, but the benefits of paid parking were discussed at length during last month's meeting of Longford Municipal District

At the meeting five of the six Councillors spoke highly of the system and the effect it has had on the town. The one dissenting voice came from Cllr Mae Sexton who believes that paid parking is having a detrimental effect on the town.

These benefits include funding for projects such as the refurbishment of the Market Square, the facilities in the Mall - newly re-named the Albert Reynolds Peace Park - and the Canal Walks. Cllr Warnock even went so far as to credit the proceeds from paid parking with allowing the Council to “remain solvent” during a difficult economic recession.

The meting heard that paid parking allows the council to provide more grants for community groups, while the off-street car parks made use of some previously derelict sites and reduced congestion on the streets.

“I will never subscribe to the argument that people are spending money on fuel, driving there and back to Athlone, Mullingar or Liffey Valley, just to avoid putting a euro or two into a parking meter in Longford.”

In fact, Cllr Warnock was keen to emphasise the value in Longford’s paid parking system. Forty-five minutes of on-street parking can cost as little as twenty cents, while there are numerous all-day car parks that run at a rate of €2 per day, he said.

Acknowledging that the income being generated by paid parking was relatively low at present (the council are predicting that it will provide a surplus of approximately €25,000 this year), Cllr Warnock pointed out that they are repaying loans which allowed them to introduce the regime and provide off-street car-parking. As such, he predicted that the income would only increase as the years go by.

Cathaoirleach of Longford Municipal District, Padraig Loughrey, who is also a Longford town business owner, was another supporter of paid parking.

“I remember a time previous to paid parking being introduced that people could not get into shops,” he said. “Paid parking frees traffic up that there can be a constant flow of customers into shops like mine.”

Stating that the long stay car parks were of “great value” to the town, Cllr Loughrey reasoned that it’s not feasible to abolish the system.

“It’s not as if we can go and eliminate paid parking. If we didn’t have the income we currently get from parking, other services would be curtailed or eliminated entirely.

“It’s the only discretionary income we have and it allowed us to facilitate community grants applications.

“Without paid parking,” the Cathaoirleach went on to add, “it’s debatable whether we’d be able to provide the services that people expect us to provide.”