Crowds line out for opening of Abbeylara Parish Centre 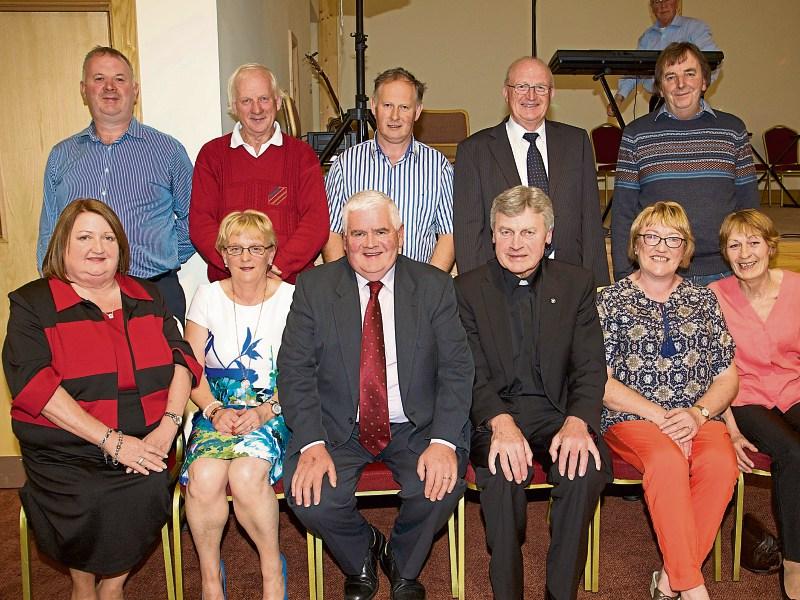 More than 300 spectators were in attendance last Friday evening to witness the official unveiling of Abbeylara’s state-of-the-art Parish Centre.

Mr Ignizio said the occasion was testimony to the unsung efforts of a man who helped provide shelter to thousands of poverty-stricken children.

“I wanted to say thank you for sending us Fr Drumgoole,” he told a hushed crowd.

Mr Ignizio also revealed the efforts of Fr Drumgoole lived on today with Mount Loretto attracting over 1,000 visitors each day for a whole host of services.

There were moving speeches too from Bishop Emeritus, Colm O’Reilly and chairperson of Abbeylara Pastoral Council PJ Reilly.

The Longford County Councillor said the need for a parish centre had been discussed for  40 years.

He said it was fitting the centre was dedicated to a man like  Fr Drumgoole.

“We can sit here and talk all we like but this would not have been possible but for the hard work of one man,” he said, referring to Fr Michael Campbell.

It was a tribute which prompted a standing ovation from those watching on from the floor.

Looking close to tears, Fr Campbell insisted  the centre's opening was very much a community effort.

He thanked Longford County Council, LCRL and the anonymous donor  which between them brought in  around €200,000 .

And despite the project  running out of money in 2009, he said  persisient fundraising managed to secure the  additional  €900,000 which was needed to make the centre a €1.1m reality.

“Isn't it great to say we are now debt free and that no more direct fundraising will be needed to finish the centre,” he added.