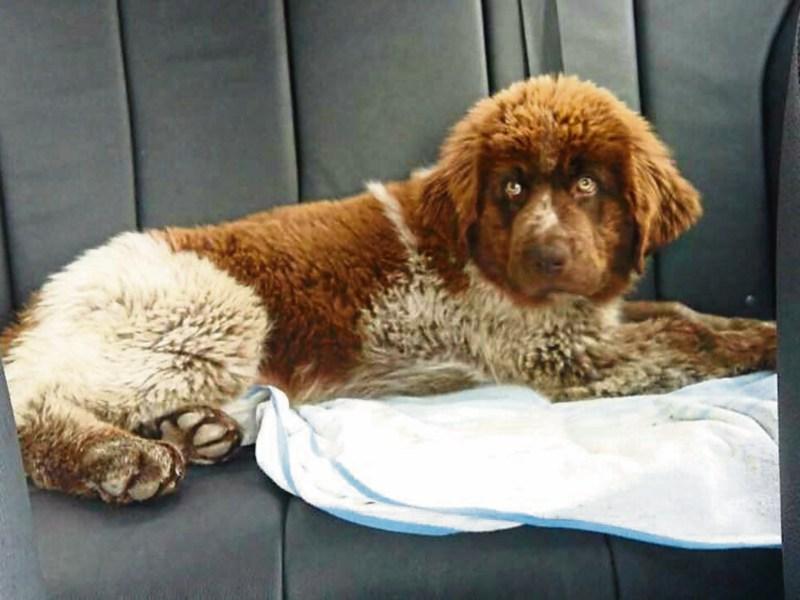 The staff and kids at Kids Paradise Créche and Montessori were deeply saddened  at the weekend, after their beloved creche dog Buttons was found dead  in the canal after going missing.

Buttons, a four-month-old, brown and white Newfoundland puppy was last seen at Templeton, Killashee on Thursday.

A loyal family pet, Buttons was a therapy dog and was with the créche since she was born.

Following days of thorough searches, Buttons was sadly found in the canal at Killashee.

“It was somebody who was out walking the canal last night that found her, but at least we found her.”

A spokesperson for Kids Paradise said: “I would like to express thanks and appreciation to everyone who took part in the search. We are forever grateful.”