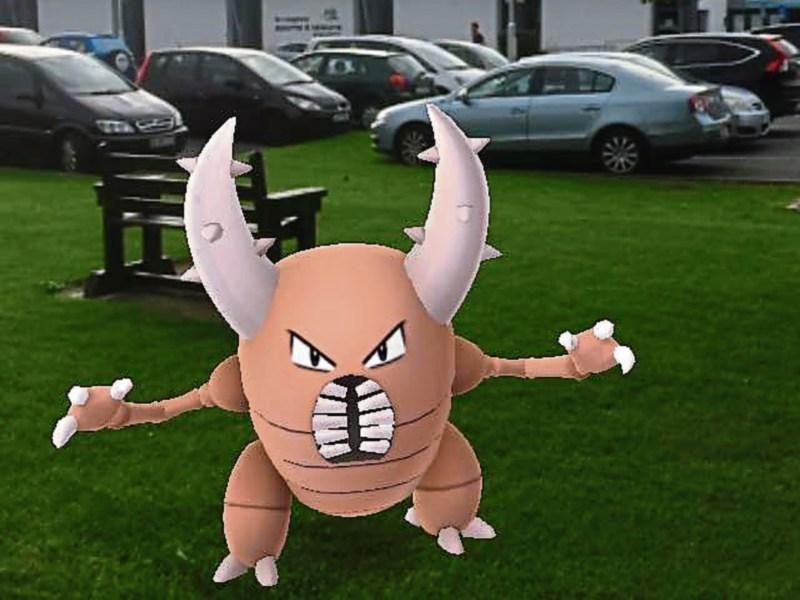 Longford has not escaped the invasion of furry creatures who are taking over the world, and the imaginations of children and adults alike.

While Pokémon are not visible to the naked eye, you will notice hordes of people of all ages, including this  intrepid reporter hovering around specific points in town with their phones hoisted.

Curious to see what the fuss was all about I downloaded the app, for research purposes only of course, to hunt Pokémon in Longford.

For those not aware, Pokémon Go launched in Ireland last week, following an avalanche of worldwide participation in the game.

This new craze is encouraging gamers to get off the couch and go out into the open to actively hunt for Pokémon using their smart phone.

Through augmented reality, the app allows players to see Pokémon as if they were on the street in front of you.

A 'Pokéball' will then appear on the screen, and the prerogative of the game is to throw the ball which will open and capture the creature.

On launching the app in the Longford Leader office, this reporter was greeted by a little Charmander on her desk.

The idea then is to set up your profile, and catch as many Pokémon as possible.

The app was directing me to Longford Train Station, where a small animated bird was waiting to be captured.

This further led up to the clock at PV's and the alleyway between Durkin's and Specsavers.

Alas, the game wasn't as straightforward as anticipated as I frustratingly turned in circles without a Pokémon in sight.

Spotting some teenagers who had the appearance of a pair in the midst of the game, I stopped them to ask how it works.

This is where at only 27 I start to feel old as they sped through an explanation and showed me exactly how to play: Got it?

Not really, but I continued.

Capturing a rat at Heatons, then proceeding down to Aldi, where I'm told lots of Pokémon were lurking, I caught another two.

My final hunting ground was The Mall, where an intimidating monster creature was hiding among the trees, but  becoming a Pokémaster, I imprisoned it in no time.

At this stage, wearisome of my exploits to become Longford's greatest Pokémaster, I retreated home; relieved  in the knowledge that my day job doesn't rely on how many Pokémon I bring back into The Longford Leader.