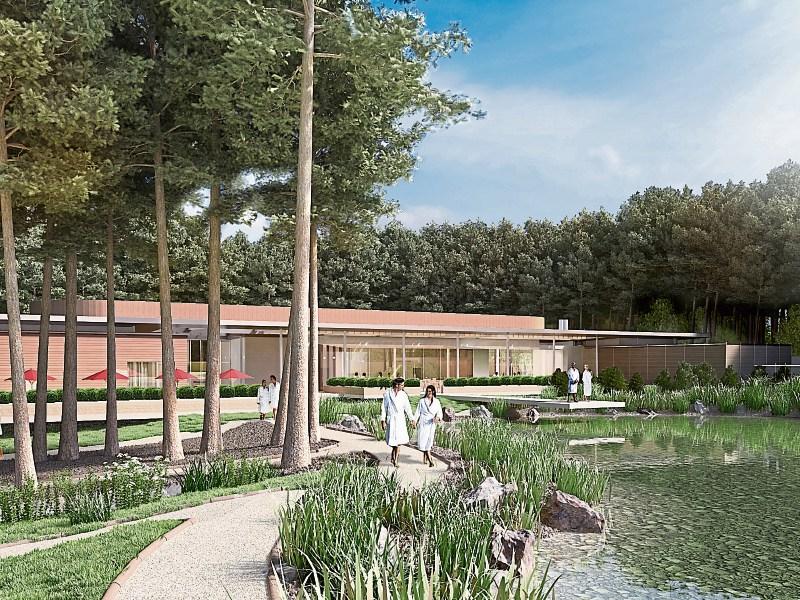 Regular business was suspended for a time at Wednesday’s meeting of Longford Municipal District, as the members elected to discuss that day’s announcement that Center Parcs Longford Forest had been given the go ahead by An Bord Pleanála.

Proclaiming his delight at the decision, Cllr Seamus Butler emphasised his wish to keep the project, particularly the construction phase, as local as possible.

That was a statement echoed by many of his fellow councillors, including Cllr Peggy Nolan who was adamant that Longford should take full advantage of the opportunity.

“All of a sudden Center Parcs was left to us and the speculation over the past couple of days should show us that if it fell, we were on our own. And now that it has come to fruition, I think that we as a county should ensure that everything that’s coming from that project has to float our boats here in Longford.”

“Jointed with the potential for the [possible] VP of America to have so publicly announced his connections to Longford, I think that has to be very positive,” agreed Cllr Mae Sexton. “So from a tourism perspective, I think this has enormous potential and not, as I say, just for Longford but for the region.”

“It’s a red letter day for Longford,” Cllr John Browne stated, while Cllr Gerry Warnock admitted he was “very, very happy as a Longfordian” to see the project come to fruition.

Longford Municipal District Cathaoirleach Padraig Loughrey then addressed the room and wholeheartedly welcomed the decision by An Bord Pleanála before joining his fellow colleagues in praising the council executive and Senior Planner Donal Mac An Bheatha.

Mr Mac An Bheatha then shared a few words and, giving the councillors credit for their part in the project, he added; “All that you’ve said is right and we’ll work as hard as we can to deliver as much as we can to the county of Longford and jobs - as we always have done.”

For more on the Center Parcs Longford Forest development and the Municipal District Meeting, see next week's Longford Leader.