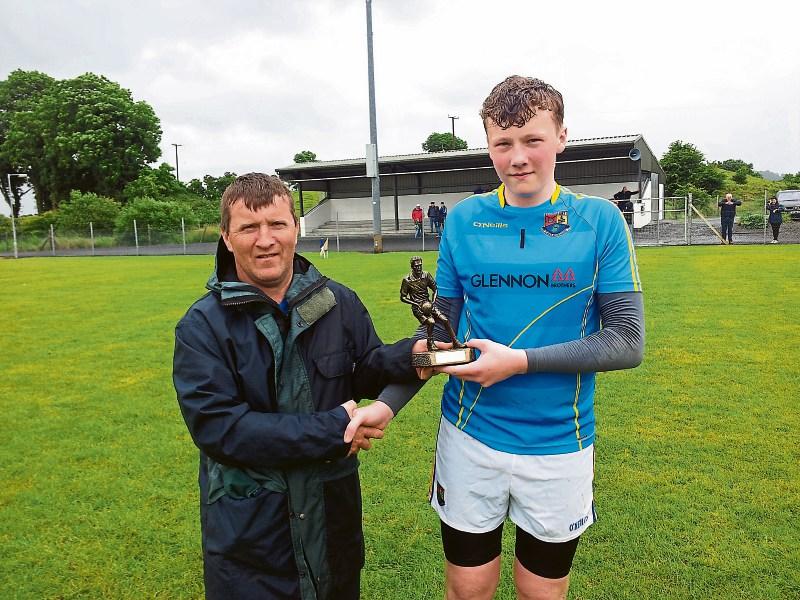 The amazing success for the Longford seniors in Clones on Saturday evening wasn’t the only victory over Monaghan that day as earlier on the county juvenile footballers had a good win over the Farney men in the second round of the Gerry Reilly U-16 Cup.

It is the first year in the Oldcastle based competition’s 28 year history that Longford had the honour of playing in the tournament, involving eight counties. In Longford’s way of reaching the final are Dublin in which is undoubtedly the toughest group and this game will be played on Friday evening, throw-in 7.30pm.

Longford were unlucky to lose against Westmeath in the first round but under the guidance of former Roscommon star Derek Duggan and Killoe’s Kevin Prunty they bounced back well to beat Monaghan.

The game was played in a constant downpour at the Oldcastle grounds last Saturday with Monaghan getting off to a great start to lead by 1-3 to 0-0. Although Longford only registered one score in the opening 10 minutes, it was complete dominance from there until half-time, kicking ten unanswered points.

Michael McCann and Niall Finneran were cleaning up in defence and Longford could call on Dylan Farrell and Aidan McGuire to run the show in attack. Seven of the ten scores were kicked by the influential Farrell and McGuire with Shea Carberry, Eoin Gray and Diarmuid Sheahan getting the other points.

Man of the Match Eoin McGuinness’s penalty save after 25 minutes was also key to Longford’s victory and they were 0-11 to 1-3 ahead at the break. But it was Monaghan who dominated the early stages of the second half, scoring a further 1-3 to lead by the minimum of margins, with their three half-time substitutes making a difference.

Longford battled back with a brace of points from Shea Carberry and it wasn’t until Oran Kenny’s goal with only a few minutes remaining that victory was secured but it could have been a different story only for a fine double save from keeper Eoin McGuinness.