Abhann Glas to put Longford céilí bands back on the map 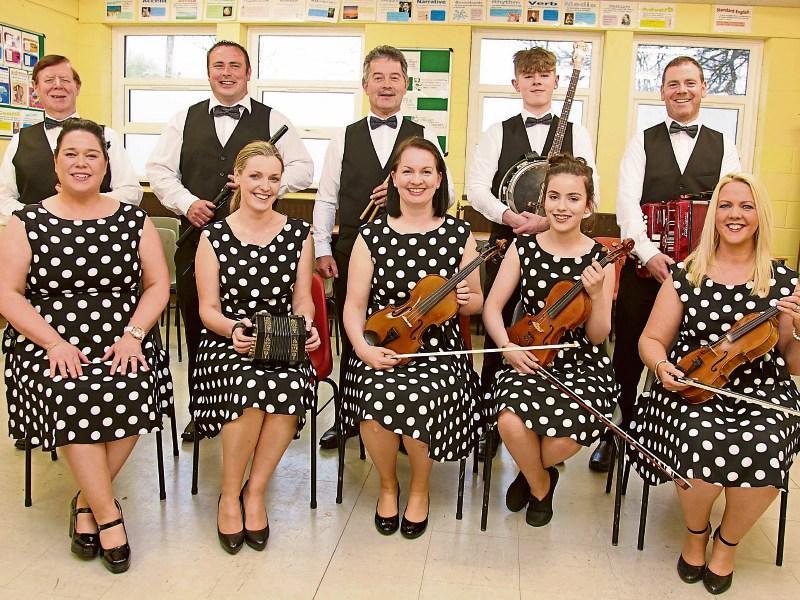 Abhann Glas Céilí band made history at the weekend, after becoming the first Longford céilí band to qualify for the All-Ireland Fleadh Cheoil in almost forty years.

The band, made up of Irene Guckian, Amanda Sweeney and Aishling O'Reilly on fiddles, Noel Sweeney and Shane Ryan on flutes, Owen Smith on the banjo, Donna McCann on concertina, Michael Lennon on accordion, Liz Ryan on piano and Hughie Smith on drums, came third in the O18 Céilí Band competition last weekend in Kilkenny and were recommended for the final, which takes place in Ennis in August.

It's very much a family affair too, with father and son Hughie and Owen Smith joining father and daughter team Noel and Amanda Sweeney and husband and wife Shane and Liz Ryan.

“We started the senior céilí band three years ago,” Hughie told the Leader, revealing that only three from the original line-up remained in the band.

The current line-up have been together since January and it has proven to be a winning combination of talented musicians from all over the county.

Managed by Damien McGuinness from Co Sligo, the group is the first Longford Céilí band to qualify for the All-Ireland since 1979, when Shannon Breeze, of which Noel Sweeney was a member, took home the bronze.

Following that victory, Noel took a break from performing with céilí bands and only returned this year after speaking to Hughie.

“We have a lot of good players,” Noel explained, adding that they'll enjoy the day out at Fleadh Cheoil na hÉireann, regardless of the outcome.

Thanking Pauline Flood, Joe Callaghan CCÉ, Frank Kilbride and Mandy from the Park House Hotel and Seamus Gilchriest at the Green, Edgeworthstown for their continued support, Hughie concluded; “I'm absolutely delighted for the band to get to the All-Ireland and represent Longford.

“We're going to put Longford céilí bands back on the map again. We're looking forward to it already.”

For more results from the Leinster Fleadh see this week’s Longford Leader.