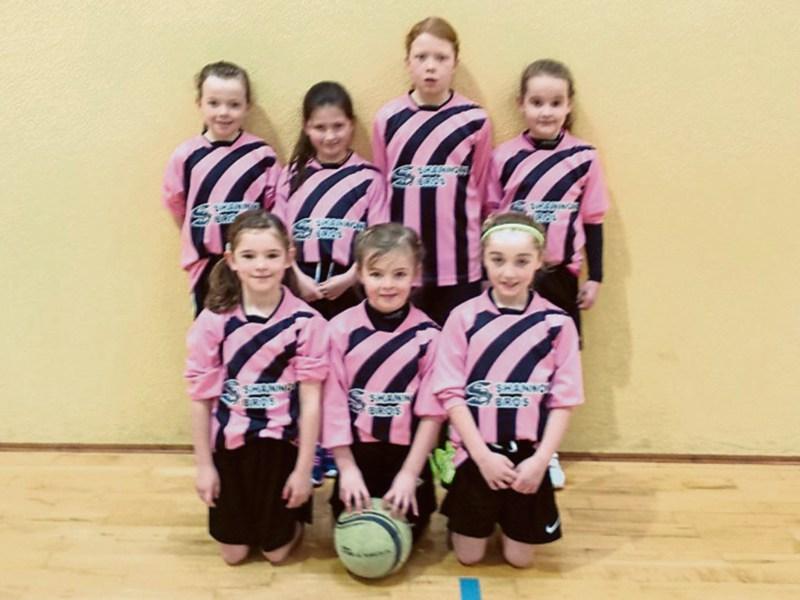 It was a memorable weekend for five Longford teams, as they topped the competition at last weekend's Community Games Leinster Finals.

The U16 mixed draughts team from Newtowncashel and the U15 boys futsal team from Killoe won in their respective competitions, while Clonguish had an especially successful weekend, with golds in the U14 mixed tag rugby, U12 boys outdoor soccer and U10 girls indoor soccer competitions.

The U13 girls basketball team from Carrickedmond and the U13 girls indoor soccer team from Ardagh-Moydow-Glen earned silver medals in the finals for their efforts.

Indeed Longford was extremely well represented in Carlow last Saturday, with the U10 mixed gaelic team from Clonguish and the U11 mixed tag rugby team from Newtowncashel narrowly missing out on a place in the Leinster final, while Kenagh's U10 boys indoor soccer team and U13 boys futsal team also played extremely well in the semi-finals.

“We've never had that before,” beamed Shirley Maloney, Longford Community Games Secretary. “We've never had as many as five qualify out of Leinster. We couldn't believe it, it was very successful.”

Delighted with the results, particularly after acknowledging the tough competition that the teams faced, Shirley added her praise to all the volunteers and to the competitors who put in so many hours of work and practice to achieve these results.

“The next stop for the ones that got gold medals are the national finals in August in Athlone,” Shirley continued.

The next few months will no doubt be hectic  ones for Longford Community Games, but the committee wouldn't have it any other way.

“It's going to be busy, but to have that success, it's great,” Shirley concluded.