Cahill takes over as County Cathaoirleach 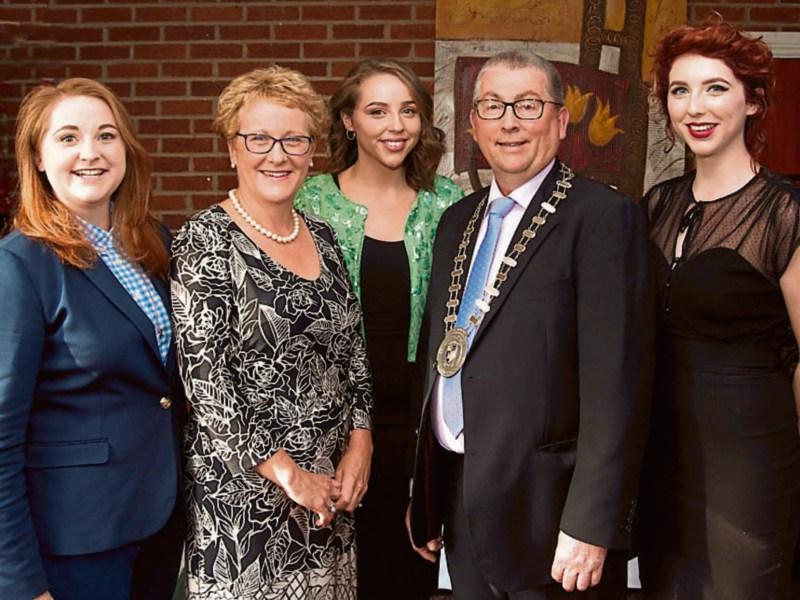 Fianna Fáil's near two decade wait to assume the  stewardship of Longford County Council was brought to an end last week following the election of Cllr Mick Cahill as Cathaoirleach.

He was joined by fellow party member Cllr PJ Reilly who was appointed Leas Cathaoirleach.

Cllr Cahill's election is   the first time since 1998 that  the party had held the chair of Longford County Council.

For the man tasked with breaking that long held wait it was day of immense personal pride mixed with overriding poignancy.

“It's a fantastic day for me and my family,” he told a hushed audience of close family and friends inside Abbeyshrule's Rustic Inn.

“It's a big vote of confidence to get the support of all of your peers to put their trust in me and I fully realise the responsibility I am taking on.”

Cllr Cahill reserved a special word of praise for his wife Carol and his three daughters.

Similar expressions of gratitude went the way of his mother Eileen and mother-in-law Agnes.

The most moving tribute however was set aside for Cllr Cahill's late father Micheal Snr who passed  away at the end of May.

“He lived for this day and he was constantly on my case as to what we (councillors) we doing for the people of Longford,” he remarked.

Turning his focus to the next 12 months, Cllr Cahill unveiled a long list of targets he, together with the council's executive, had already set their sights on.

Among them included establishing educational and training programmes ahead of the anticipated arrival of Center Parcs in 2019, developing tourism and addressing social housing issues.

Having been dubbed a 'man of few words' there was plenty of humour too, as he warned his fellow colleagues of how council business would be conducted under his tutelage

“We had a bit of a honeymoon today with the meeting going on a bit longer than I would like,” he joked.

His understudy, Leas Cathaoirleach, Cllr PJ Reilly was just as upbeat, saying the occasion was a “special day” for his wife Fiona, sister, Rosemary, and extended family.

He too comically assured his party running mate that when unable to attend functions and official engagements, the office of Cathaoirleach would be well looked after in his absence.

“If announcements of funding for roads, LIS schemes and the like are made I can assure it will be well looked after by myself and my five fellow councillors in Granard who will get the first opportunity to welcome it,” he quipped.