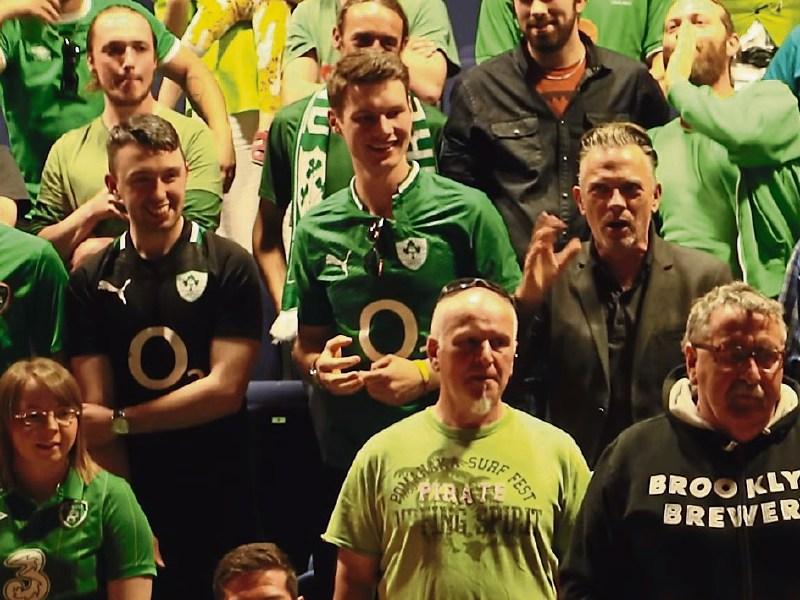 A group of football fans will be hoping to score a hit with their alternative Euro 2016 Irish anthem, ‘Je T’aime Irelande’.

Drumlish brothers Mick and Johnny Cronin joined forces with well known faces including Shane MacGowan and Joe Rooney for the song, which is a tongue-in-cheek version of the Serge Gainsbourg and Jane Birkin classic ‘Je T’aime… Moi Non Plus’.

“We love Ireland and we love football, so we have joined them together in the best way we could see how in this tune,” explained Mick Cronin.

There are many well known faces in the choir which was assembled for the song, and plenty of Longford talent is showcased, with Brave Giant, Kevin Farrell from White Chalk and musician Sean Rooney taking part. Country favourite Declan Nerney also gets an honourable mention.

‘Je t’aime Irelande’ is now available on Bandcamp and Soundcloud. The song, and its accompanying video can also be enjoyed on YouTube at https://www.youtube.com/watch?v=Zf3A6D8akis

For more on this fun-filled tribute, as well as further coverage from the European Championships, see this week’s Longford Leader.