A big blue celebration in Drumlish for AMC awareness

The Afters to headline AMC awareness night in Cassidy's, Drumlish this Saturday, June 11 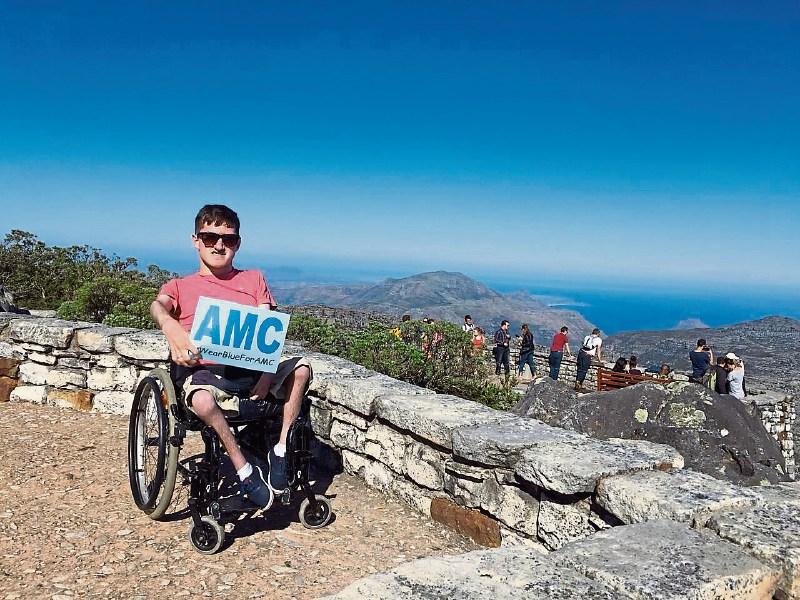 “We want to try and encourage people to wear blue on the night,” James explained, adding that The Afters will be providing music on the night.

James was born with Arthrogryposis Multiplex Congentia (AMC) which affects his upper and lower limbs and spinal cord. Confined to a wheelchair, James was told he would never write with a pen but has continued to defy all the odds and power through with his mission to take the ‘dis’ out of ‘disABILITY’.

Having joined the Arthrogryposis Association of Ireland at the age of 18, James quickly assumed the role of Secretary and last year set up a social media campaign, asking people to post pictures of them wearing blue on June 30. The campaign had a “domino effect”, and quickly went national, then international.

This year, on the AMC Awareness Ireland Facebook page, James has already started his countdown to Saturday’s fundraiser and International AMC Day on June 30, posting photographs of himself promoting his abilities.

“There’ll be photos of me drinking a cup of coffee or having a pint. It shows that even though you have a disability you can do the normal things in life,” he explained.

There will be plenty of extraordinary photos too, such as the one posted last week which sees the Geography and Business Studies teacher posing with Una Healy, or perhaps some in the future of his shark-diving antics in South Africa during a recent trip.

“Two weeks ago I went to South Africa, I got to go to schools and tell my story,” he revealed.

As well as shark-diving, which he described as an amazing experience, James also got to the top of Table Mountain.

“I also met the Minister for Sport and the Spokesperson for Home Affairs,” James smiled.

What’s more, the Maynooth Access Programme Ambassador (who added that he’s currently on the hunt for a job), also presented at an IATSE (Irish Association of Teachers in Special Education) conference in Dublin recently.

As part of his ability awareness campaign, James is encouraging everyone to get involved by posting photos of themselves decked out in blue on June 30. He is also looking for groups to help with his own thirty-day countdown by posing for a photograph with him for the Facebook page. Those interested can get in touch by emailing jamesjnr@live.com.

The Big Blue Celebration on Saturday is open to everyone and is guaranteed to be a memorable night.