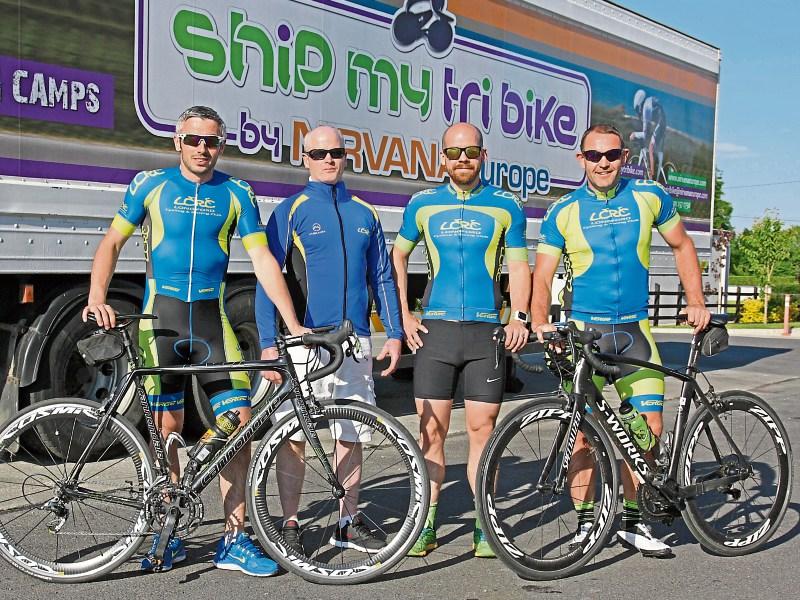 A County Longford based bike transportation firm is taking on the mammoth task of ferrying close to 100 cyclists on a gruelling 700km trek from Dublin to Paris in time for Ireland’s opening Euro 2016 clash against Sweden.

Shipmytribike, which is headed by Shroid native David Sheridan, is fronting the FAI Mustard Seed Dublin to Paris Cycle which aims to fund and build a school for underprivileged children in Zimbabwe.

Around 80 cyclists set off on their journey to the Stade de France in Paris yesterday (Tuesday) morning in an event that has also attracted the likes of Dragon's Den stars Bobbie Kerr and Niall O’Farrell as well as celebrity model Roz Purcell.

That mild trepidation is perhaps best summed up by the fact David and his team are also responsible for ensuring everything between now and next Sunday runs smoothly.

“We will be arriving in Paris on June 12 and then heading to the match (Ireland v Sweden) the next day,” explained David.

The 30-year-old Ardagh-based businessman and cycling enthusisast is pinning those targets on the assumption his 80 strong team will peddle between 130 and 140km each day.

And as David revealed, the Longford involvement in the FAI led fundraising drive doesn't end there.

The support crew will play a vital role throughout the trip.

“There are six Longford guys including myself involved, four bike leaders from Longford who are also members of Longford Cycling Club, two support mechanics, two support vehicles, two motorbike outriders and the Order of Malta all taking part,” David continued.

Quite a responsibility it may be but it's one of over 35 large scale operations David and his Shipmytribike operation have been involved in throughout 2016.

With their sights set on the finish line at the historic Arc de Triomphe, David and his team are also hoping to witness Martin O'Neill's men kick off their Euro 2016 quest with a much needed win over Sweden less than 24 hours later.

“That would certainly top it off,” added David.