From Aughnacliffe to the catwalks of Europe 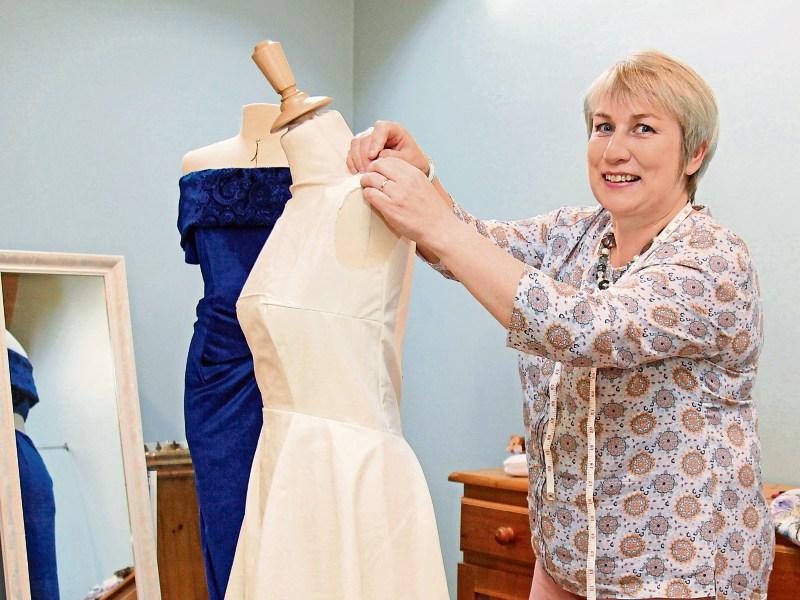 An Aughnacliffe woman who returned to the workforce after spending 20 years at home rearing her children has just signed off on a deal with a French designer, Delphine Grandjouan, to make dresses for the international catwalks.

Ann O’Reilly has also worked with Siobhan Quinn of Ballyboy Design in Abbeylara who last year launched her capes onto the domestic market.

Siobhan’s capes are now taking flight on the international markets and, it would appear that Ann’s career is on a similar trajectory.

When her three daughters were reared, Ann, who is married to Thomas, decided that she would like to go back to work having secured a degree in fashion design over 20 years ago.

It was a journey that would open up doors and bring Ann to a place where she found herself doing what she loved most - creating beautifully crafted, quality clothing for women across the world.

And it all began when Ann attended a course at the Dock in Carrick-on-Shannon being run by Eddie Shanahan in January 2015.

“The course,” she added, “centred around renewing the skills in design”.

“Traditional skills are declining not just in Ireland but right across Europe so there are efforts being made now to bring the skills of the one time dressmaker back.”

It was while attending one of these courses that Ann met Siobhan Quinn who was bringing Ballyboy Design to life.

After attending another course at Farmleigh House, Ann met with Delphine and together the women began a journey of designing, sewing and creating a complete garment.

They created a selection of winter 2016 dresses that have already received much acclaim after they made an appearance on the catwalk at the recently held ARC fashion show in Dublin. .

Delphine, meanwhile, has returned with the creations to Paris where no doubt they will be a big hit on the European fashion scene.

Ann is currently creating dickie bows for Ronan Hanna of Donegal Tweed and believes that despite the economic climate, there are genuine opportunities for everyone.

She is particularly grateful to Michael Nevin and Catherine Kane of Longford Enterprise Office and to Mary Mulvey in ACORN for all the support they have given her,

“It’s wonderful to see your creations on the national stage,” smiled Ann.

“It is also great to be back doing something that I have always been so passionate about.”