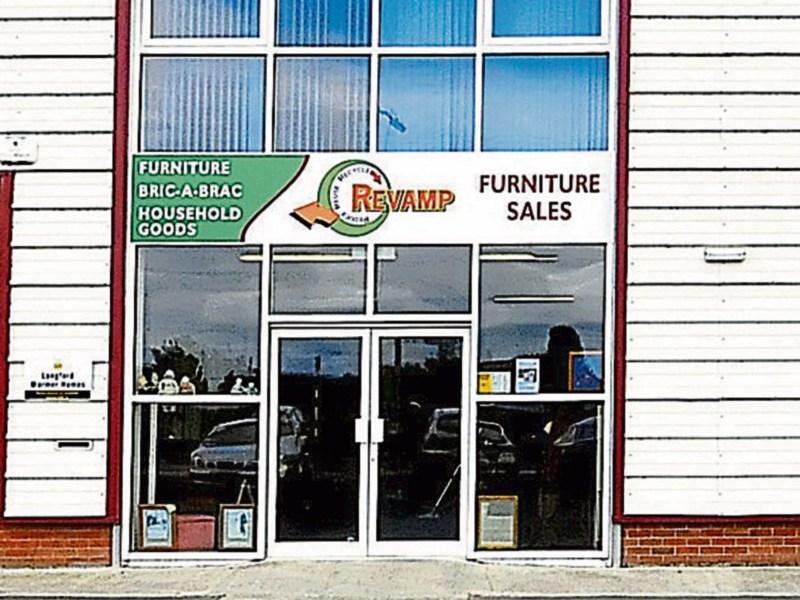 The REVAMP 3R store has hit out at Longford Women’s Link's (LWL) intentions to open a charity used furniture store in the town.

The news emerged during a meeting of Longford Municipal District last Wednesday when Cllr Mae Sexton (Ind) said that REVAMP 3R had written to her over the move, claiming that the opening of a second charity store dedicated to used furniture would have a devastating impact on REVAMP 3R.

In April, LWL posted an advert on ‘Activlink’ looking for a retail manager for their charity furniture store and that is when REVAMP 3R became aware of the local charity’s intentions.

“This is another community-run enterprise which is similar to our own,” said REVAMP 3R’s Project Manager Tom Chapman in his letter to the local authority.

Mr Chapman went on to say that the chairman and management committee of the EDI Centre - where REVAMP 3R is based - were gravely concerned over LWL’s intentions because of the fact that it would be an “identical project with similar aims”, located in the same area.

“This is a small town and county,” continued Mr Chapman, “with high dependency on welfare and I as manager feel this will put severe pressure on our community enterprise.”

He added; “Over the years, REVAMP 3R would never have been able to survive without the funding and furniture donations we received; those donations have sustained us over the years and aided the prevention of illegal dumping that has helped the local authority to reach its landfill targets.

The meeting heard that the new store will open in the Townspark industrial estate directly opposite SuperValu - which is a stone’s throw away from REVAMP 3R located in Farneyhoogan.

“This is an issue now where another community funded group are now setting up a similar project in direct competition to ourselves,” continued Mr Chapman. “We are well aware through our market research over the years that there is insufficient demand for used furniture and the proposed outlet will lead to loss of jobs here and only serve to weaken both groups.”

In a statement, Louise Lovett, CEO LWL, said that like all community and voluntary organisations, LWL too, has had to adapt to significant cuts in funding over the past seven years.

“The facts are that LWL must generate significant independent income to sustain the organisation and our venture is not identical to the REVAMP 3R enterprise located in the EDI Centre which as LWL understands it, has a primary remit to train staff to restore donated furniture which is then sold to support the training programme.

“LWL will not be engaging in any furniture restoration and therefore, would hope once LWL’s venture is established, that there will be opportunities for collaboration and cross referral.

“LWL is opening its used furniture shop in Townspark Industrial Estate, not because it is located in the general area of the EDI Revamp store but because the organisation sourced and agreed terms on a vacant premises in a good central location - anyone opening a shop would do the same, look for a suitable premises in a prime location, with good access, parking and footfall.”

She went on to say that LWL saw the new venture as an essential element of the organisation’s future survival and a real opportunity for employment and volunteering in Longford and the midlands.

“LWL has always been very open and transparent in the manner in which it conducts its business and we are disappointed that we were not approached to discuss our venture prior to this campaign being initiated by the EDI.”

At last week's council meeting, councillors decided they did not have the authority to become involved so the matter was referred to the Local Community Development Committee (LCDC).