Offaly knock Longford minors out of the championship 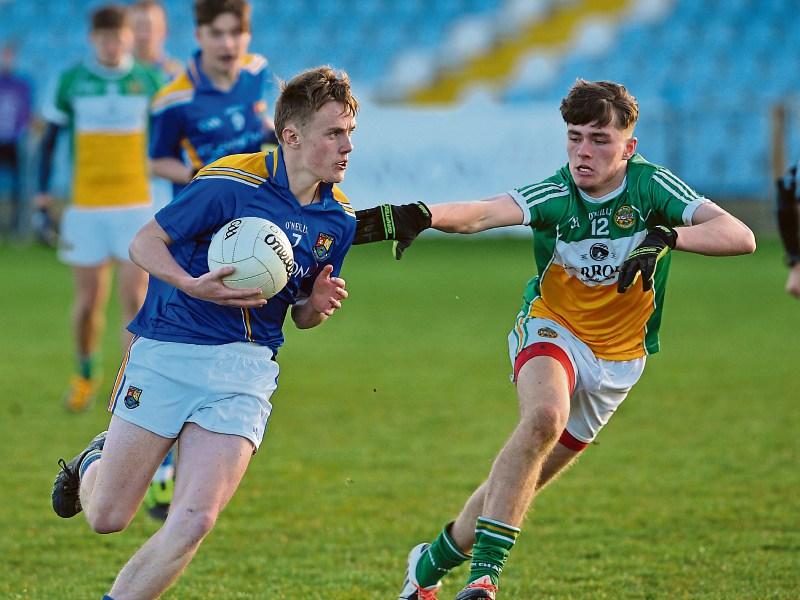 After the high of reaching the Leinster Minor football final last year, it all went wrong for Longford in the current championship campaign and Offaly delivered the knock out blow in a tight contest at Glennon Brothers Pearse Park on Tuesday evening last.

Following the disappointing defeat against Westmeath in the first round proper, Longford were hoping to make the most of their second chance through the ‘back door’ but it was not to be as Offaly won the qualifier by the narrow margin of two points.

The faithful county got the decisive only goal in the 15th minute when corner-forward Conor Lynam planted the ball in the back of the net from point-blank range and his side ended up on level terms at the break, 1-4 to 0-7, after playing against the wind in the first half.

That left Longford facing a real uphill battle on the changeover but it would probably have been a different story had Rory Hawkins not squandered a glorious chance of a goal in the 25th minute after capitalising on a bad mistake by one of the Offaly defenders.

Hawkins had only the opposing keeper Barry Rohan to beat but failed to keep his composure in shooting wide and three other good scoring chances were missed by Longford in a short space of time in what was a defining period in the eventual outcome.

Having said that, Offaly were enjoying the greater share of the possession with their four points in the first half coming from Cian Johnson, Shane O’Brien and a brace of frees converted by Conor Lynam.

But the best player on the pitch in the first half was Longford centre-half-forward Joe Kelly, who fired over the first four points (all from play) for the home county and he got good support from Ronan Healy, who landed a couple of scores with the chance of getting a goal with his second successful strike in the 21st minute.

Ciaran Reilly (surprisingly replaced at the break when others could have been taken off) was also on target in the closing stages of the first half to leave the sides level at half-time. And Longford hit the front with a well struck point from Ruairi Harkin with just a minute gone on the changeover.

But Offaly then took over in stepping up another gear to fire over four points in a row through Cian O’Neill, Cian Johnson, Michael Mooney and Conor Lynam (free) between the 33rd and 41st minutes.

Scores were then exchanged between Joe Kelly (free) and Cian Johnson (play) and in between there was the chance of a goal for Longford but Thomas McGann unfortunately lost his footing when the ball came his way and the danger was cleared.

Offaly, with wind advantage, appeared to be in a comfortable 1-9 to 0-9 lead midway through the second half but determined Longford were not done for yet and three points in quick succession through Joe Kelly (two frees) and Ronan Healy (play) left the sides all square by the 49th minute.

That was really putting it up to Offaly but they refused to panic in regaining the upper hand and following a very good score from wing back Ronan Hynes in the 53rd minute, Cian Johnson converted a free in the 59th minute to clinch a hard earned victory and a place in the next round against Wicklow.