O'Rourke to perform for local fundraiser 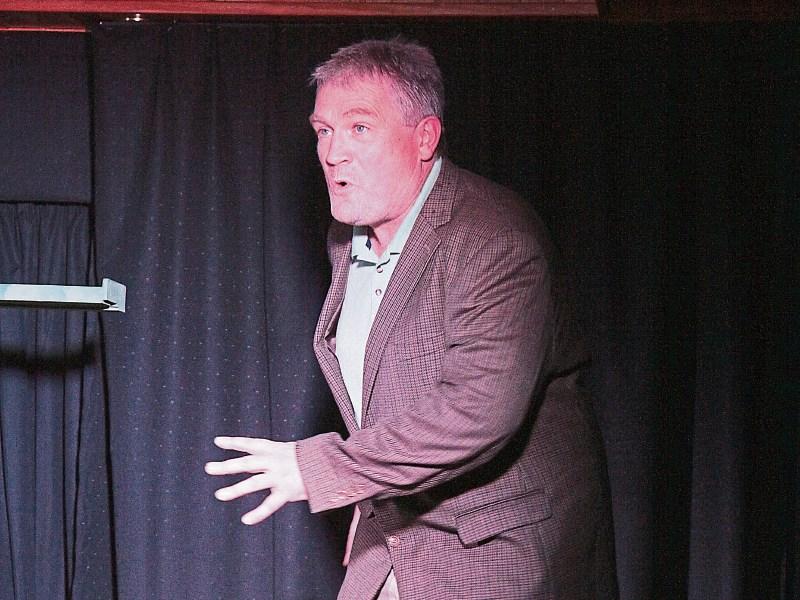 Seamus O’Rourke’s hilarious and emotive ‘Padraig Potts’ Guide to Walking’ is set to make a return to Longford this month, as the renowned writer, actor and director performs this one man show in aid of Abbeylara Parish funds.

Set to be staged in the new Parish Centre in Abbeylara on Friday, May 6 at 8.30pm, ‘Padraig Potts’ Guide to Walking made its Longford debut at the inaugural Cruthú Arts Festival in 2014 to a hugely appreciative audience. It was performed at the Backstage Theatre later that year.

The story follows the life of Padraig Potts McKiernan - starting with his upbringing near the village of Drumnamee, Co Leitrim - and details a number of important events in his life - from having his first drink to getting rid of his wife, Mary Tague.

Throughout the play, O’Rourke assumes the role of many of the characters in Padraig’s life, switching from one to the next with skill.

With their unique quirks, each character was instantly recognisable and resonated with the audiences - particularly the spectators who grew up in rural Ireland.

Complete with a simple but impressive set, ‘Padraig Potts’ Guide to Walking’ will have the audience in tears of laughter and sadness throughout.

Tickets for the play can be purchased from Farrell’s Shop and Crawford’s pub and will also be available on the door on the night.

All support is greatly appreciated.