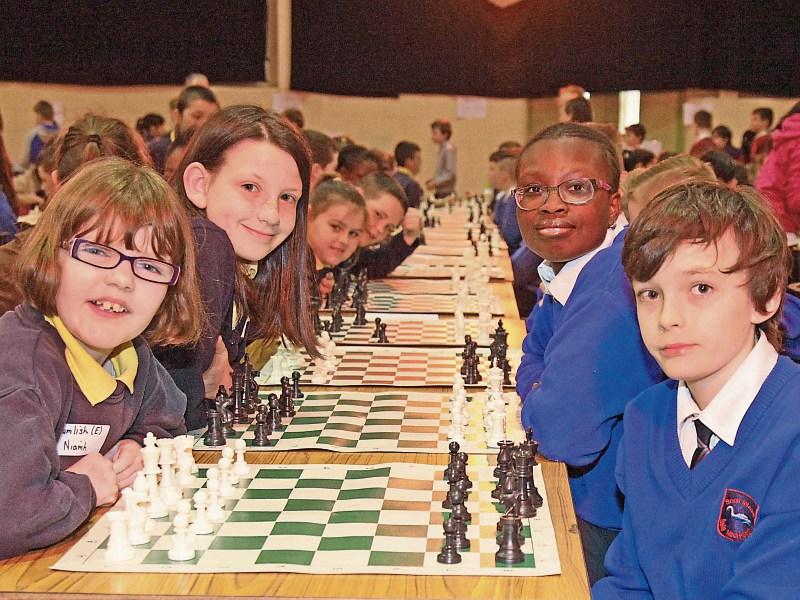 More than 200 primary school children from across counties Longford and Leitrim attended a chess tournament last Friday in memory of the late All-Ireland champion and Drumlish native, Brian Collum.

The event, which was held inside Newtownforbes Community Centre, saw budding chess players of the future pit their wits against each other.

It also marked the second time the event had been held since the talented 20-year-old chess player, musician and sports enthusiast passed away in May 2014.

Aside from his abilities as an accompished GAA player with his native Drumlish, the late Brian Collum was well known for his talents as an up and coming chess player.

Pat McCarrick, who has helped organise and raise the competition's profile during that time, said last Friday's proceedings were a fitting tribute to Brian's memory.

“To have 236 primary school children playing in a chess tournament was just brilliant.

Pat hopes that the initiatve will boost the game of chess in the region.

“We handed out 200 chess sets last year and another 200 this year which has helped .”

Pat, who built up a strong friendship with Brian through the pair's mutual passion for chess , said eyes have already turned to next year's event.

“We would be hoping to get over 400 teams next year,” he boldy predicted.

“Some of the schools who took part this year entered multiple teams which helped so it's a question of getting more schools involved.”

“Brian was the inspiration for all of this though. He was multi-talented, played with the Irish U12 team and won Leinster All-Ireland Community Games (titles) in chess. He was much more than than just a good chess player. He was an U21 county footballer, a very talented musician, accordion and piano player.

“He was an all-rounder and was a lovely fella, who was quiet, humble, but someone too who always had a smile on his face.”