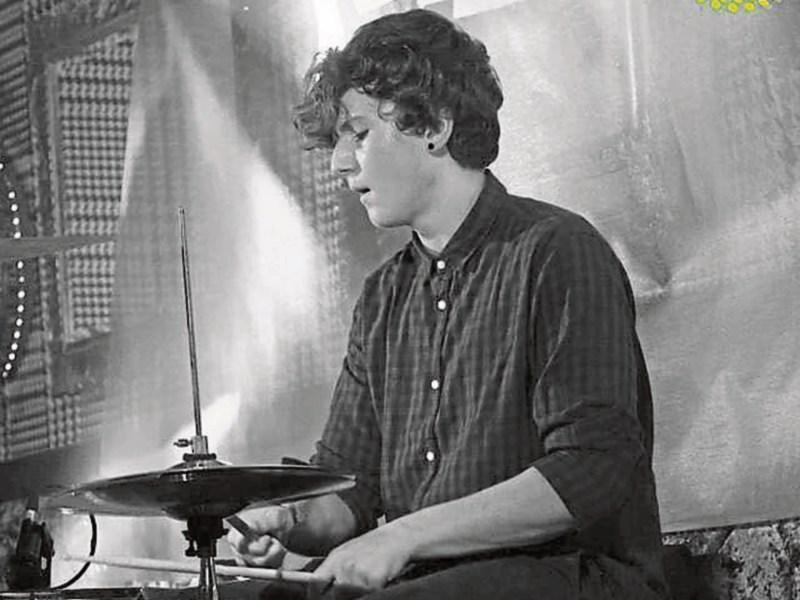 Most sixteen-year-olds will have used their Easter holidays as a time to relax, unwind and spend time with friends and family.

For Longford drummer Kian Johnston, however, the time has been spent rehearsing, as he prepares to undertake a six-week USA tour with Naas-based band Dissension Rising.

“I'm ecstatic, nervous, scared - all of the above,” Kian laughed, as he took a brief break from rehearsals with his Reprisal bandmates.

Looking back on his musical beginnings, Kian, who is the son of Sylvia Johnston and Ray Baxter, said he has been playing the drums now for about nine years, but it all began with some absent-minded noise-making at school.

“In school, I'd always just have pencils banging on the tables,” he laughed. “It's actually in a few of my school reports from first and second class. It really was my first choice of instrument.”

Attending his first concert at the tender age of eight, Kian admitted that he had been extremely impressed with the drummer from Nickelback, and was assured that drums were the instrument for him.

For about two and a half years, Kian studied his craft under well-known musician Tommy Flaherty, and it was during another lesson, this time with a man called Phil Gaynor, that Kian received the opportunity of a lifetime.

Having played on the same bill as the hard/classic rock group in a Dublin gig just a number of weeks ago, Kian obviously left an impression. Following the gig, Kian travelled to Lucan for one drum lesson with Phil, who had previously played with the band.

Following the lesson, Phil joined Kian, his mother and his girlfriend for a chat, when he suggested that Kian travel to the USA with the band.

“He said 'give me an answer within 24 hours',” Kian recalled.

“For the forty-five minute drive home I was speechless. I was feeling every emotion under the sun. I'm only 16 but in the nine years I've been drumming I've been trying my hardest to get really good and it feels like the hard work is paying off.”

That evening, after taking the advice of friends and family, Kian's mother Sylvia made sure everything was set for her son's debut trip to the States.

Kian will join Dissension Rising on their USA tour from April 12 until May 24, during which they will perform 24 gigs in venues across the country, including New Jersey, New York, Boston, Chicago, Philadelphia and Ohio, as well as undertaking press interviews along the way.

To prepare for the trip of a lifetime, Kian has imposed a strict rehearsal schedule on himself, which includes approximately four and a half hours of drumming each day, either by himself or with the band. So far, things have been going well, however, and Kian has easily caught up with his Dissension Rising bandmates despite the change in genre.

“I love playing it, it’s way different to what I normally play,” he grinned.

When asked if he was looking forward to the trip, Kian laughed; “Looking forward is an understatement,” before admitting that it will be hard work, which he is prepared for.

“I look at this like the beginning of my career,” he revealed. “I want to be a professional drummer.”

Offering a thanks to his first drum teacher Tommy, as well as to Phil and Dissension Rising for placing their trust in him, the fifth year student paid testament to his parents for their faith in him.

“If they did refuse to let me go I would completely understand,” he nodded, smiling, “But they were willing to take the leap with me and I promised I’d repeat school if I had to!”