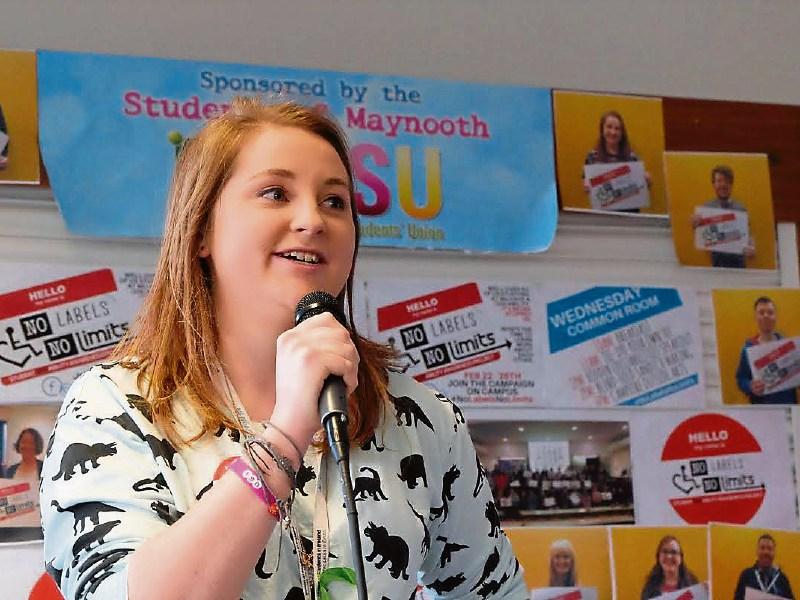 A Colehill woman has been elected to a top post at the Union of Students in Ireland at the organisation's annual congress.

Síona Cahill was unopposed as she secured the post of Vice President for Equality and Citizenship at USI's annual congress last week.

Ms Cahill, who graduated with a Bachelor of Civil Law & Sociology from Maynooth University in 2014, said she was approached to run for the post after serving as an officer with Maynooth Students Union.

“I'm the Welfare and Equality Officer there, and was elected to the post twice,” she explained. “My role there is to support students who are finding it difficult in college and who are dealing with issues such as mental health problems.”

Of the Union of Students in Ireland (USI), she said: “its main goals when representing students are to promote education as a right and not a privilege, and to break down the barriers to third level education.

“It represents over 354,000 students north and south of the border.”

Despite no other contenders vying for the position of Vice President for Equality and Citizenship, the newly-installed office-holder said she approached her election campaign as if she was in a race with opponents.

“I travelled to colleges around the country, including Galway, Cork, and Dublin, and met with students. I also produced a manifesto; I wanted to make sure I was seen and heard,” she explained.

Ms Cahill will assume her new role in July and will hold the office for one year.

During her tenure she said she hopes to address “serious problems with college costs and the lack of quality accommodation. The cost of accommodation is also very high.

“Another key goal for the year is national disability awareness programme, '#NoLabelsNoLimits', which focuses on hidden disabilities.”

She added that her other priorities will include gender equality, LGBT rights, social justice and inter-culturalism.

Síona's father, Mick, is a well-known county councillor and she said she has drawn much from his support and experience though she never believed she would get into politics.

“I never saw myself in politics,” she laughed. “When I was 11 I was picked to be interviewed by the Longford Leader for Comhairle na nÓg and I said I'd never be interested in politics. The irony isn't lost on me.

“Politics can be frustrating but you can advance things when you work hard enough.”