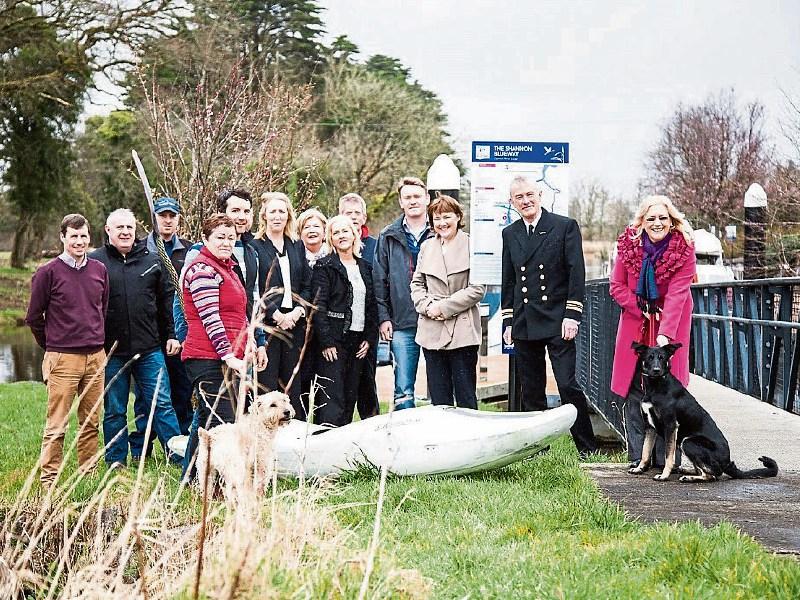 In a major coup, the organisers of the Longford Blueway Festival have announced that Clondra Harbour will be the venue for the Canoeing Ireland Club Championships on the weekend of April 16 & 17 next.

Chairperson of Longford County Tourism Committee, Cllr Micheál Carrigy praised the work that went on behind the scenes to attract such a ‘significant event’ as the Canoeing Championships and stated that it would help the County promote the “wonderful 10km Camlin loop and the Canal walk”.

The Canoeing Ireland Club Championships, which should result in almost 500 participants and supporters visiting the region, will take place in conjunction with the second annual Longford Blueway Festival.

Longford County Tourism Committee are also busy organising a series of complementary events over the weekend to include a family walk on the Blueway, an organised cycle and a busking competition.

Cllr Carrigy commented, “The festival will be the launch pad for what promises to be a very exciting tourism season for Longford”.

He thanked festival partners Waterways Ireland and added, “The Blueways brand will help raise the profile of the beautiful watercourses we have in the county”.

Waterways Ireland Head of Marketing and Communications, Sharon Lavin said they were delighted to see how the infrastructure and facilities offered on the Shannon Blueway in Longford had secured the ‘2016 Canoeing Ireland Club Championships’ in Clondra.

Ms Lavin explained, “The linking of the Club Championships with the Longford Blueway festival will offer visitors and the local community, animation both on and off the water for the week-end.

“This will include paddling taster sessions and walks along the Blueway trails into Longford, introducing new opportunities to showcase the wonderful activities that are available on the Blueways."

Mr Cullen revealed, “Canoeing Ireland will be running seven events over the weekend, making Clondra a hive of Canoeing activity over the two days.

“We expect the event to attract over 400 canoeists from all over Ireland which should help to create a great atmosphere combining the buzz of the Canoeing Ireland Club Championships with other local activities.”

Taster sessions for the general public will be available every hour from 10am to 4pm on both April 16 and 17. The taster sessions will be suitable for everyone, any age, experience or ability.

People need to just turn up in regular sports gear and Canoeing Ireland will provide the rest of the equipment for an hour of fun and exploration on the Camlin Loop Blueway.

Taster sessions will be run from Clondra Harbour, outside the Richmond Inn and will cost just €5.

You can sign up for the taster sessions in advance on www.canoe.ie/clubchampionships/tasters or contact learntocanoe@canoe.ie for more information.